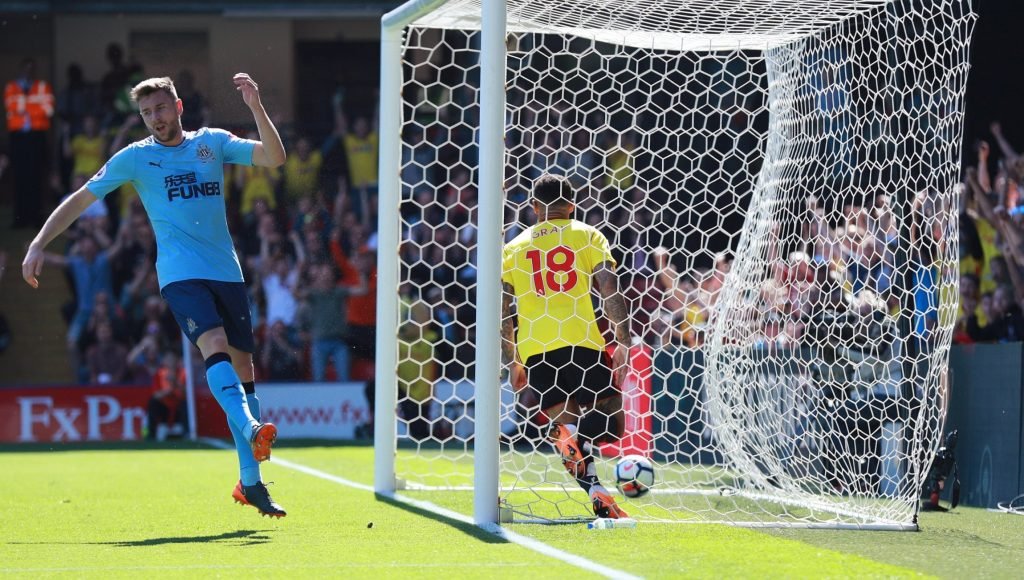 Would have been a cricket score in the first half if it wasn’t for Dubravka and it was his double save from Deeney’s penalty that kept Newcastle in with a shout.

Returned to the starting XI but illustrated why Deandre Yedlin is Benitez’s first-choice right back. Struggled defensively in the first half but improved slightly when shifted to a wing-back role, crossing for Perez’s goal, before he was replaced by Yedlin.

Found it tough up against the muscular pairing of Deeney and Gray in the first half but gained a semblance of control after half-time as United grew into the game.

Set the tone for Newcastle in the second half with some good play out from the back after overplaying before the break.

Another rotten display from one of the most consistent players for Newcastle during 2018. Dummett carried on where he left off against West Brom last week, giving away a cheap penalty with an uncharacteristically untimed tackle on Gray and generally looking nervous at left-back.