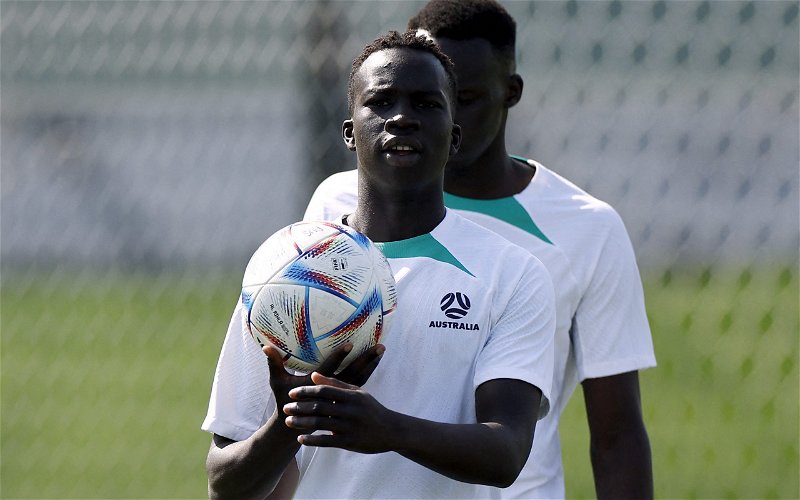 Newcastle United are set to loan Garang Kuol out this month after the teenager completed his move from Central Coast Mariners.

The 18-year-old formally became Newcastle’s first signing of what fans will hope to be a busy 2023 on the transfer front after a deal was agreed with the Australian side in September.

Even prior to Kuol’s arrival, the Sydney Morning Herald tipped a loan move to a side in Portugal as a likely outcome as the forward looks for both a UK work permit and some valuable first-team experience.

Certainly seen as one for the future, Kuol played for Australia at the World Cup in Qatar before returning to the A-League to bid farewell to the Central Coast Mariners.

Now, the move to St James’ Park is complete but it seems it may be a while before supporters see him regularly turning out for the first-team.

What has Howe said about Kuol?

Speaking ahead of Tuesday’s game with Arsenal, Howe confirmed (via Miles Starforth) that the teenager was keen to play at a “very good level, with a good club and a good coach”, with Newcastle “assessing” all options as to his immediate future, with a loan exit still the plan.

Is this the right decision? 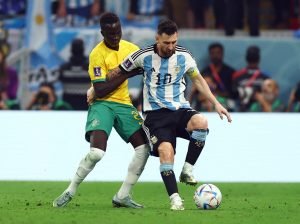 Even with his meteoric rise in mind, Kuol has only started three senior games over the course of his career, so it would be a big ask for him to make an impact right away even if a UK work permit was easily forthcoming.

Indeed, there would be little need to thrust him in at the deep end even if it was a straightforward process. Alexander Isak is expected back in full training soon, while Allan Saint-Maximin, Callum Wilson, Chris Wood, Miguel Almiron, Jacob Murphy and even Joelinton are vying for a staring berth in what is usually a front three.

According to The Daily Telegraph, the club have received plenty of loan offers for Kuol. Affording him that experience seems crucial to his development even aside from the work permit issue.