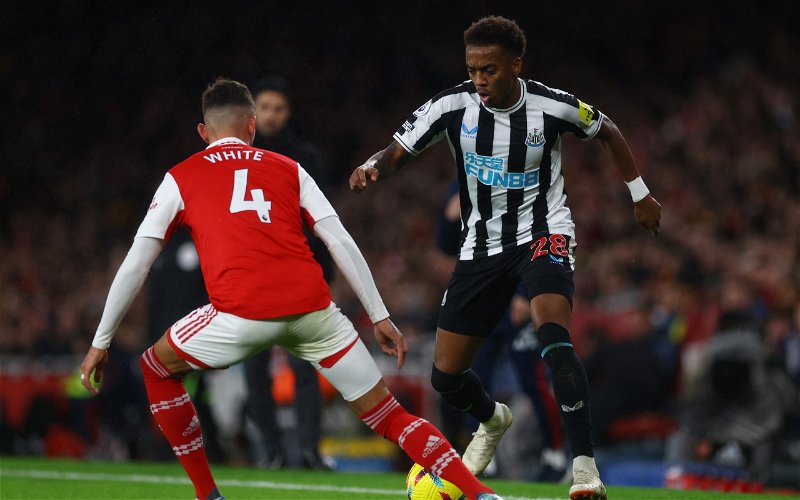 In a performance that resembled something approaching the one at Anfield, Newcastle claimed a huge point to continue their excellent record against the traditional top six.

A huge late save from Eddie Nketiah proves just what a good goalkeeper the England man is. Without that, the team would have been going home with nothing,

Did excellently to keep one of Europe’s form wingers in Gabriel Martinelli largely quiet. These are surely the kind of games a signing such as Trippier’s was made for, using all that experience against one of the best attacks around the moment.

Leading the way for interceptions, Schar did well, making the joint-highest number (2) and preventing Martin Odegaard from finding Nketiah all too often.

Not exactly brilliant on the ball throughout, though this was hardly the game for that. Did well in what was surely his toughest test since signing for the club.

Handed a very difficult task in keeping Buyako Saka quiet. Threatened to be blown away during a lively start from the home side but grew into it and once again played a key part in a resolute defensive performance. 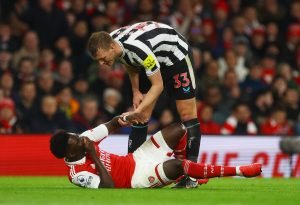 A mature and disciplined performance from the Brazilian, albeit one lacking the kind of passing we’ve seen before. Should have done better to feed Wilson just before the striker went off with the ball on the turnover.

Another diligent defensive effort but poor on the ball when Newcastle did try and try break.

Got through an incredible amount of work in midfield. A mature performance, having led the way for blocks in the first-half (2). Did his best to lead attacks from deep and has built a very strong partnership with Joelinton down the left channel.

Not at his best going forward by any means but crucial in helping Trippier keep the in-form Martinelli quiet. In the first-half, no one made more tackles (5) and that work rate is just as important as his recent goals.

A difficult time of things in the first-half given the lack of service. Certainly put a shift in and battled with Arsenal’s backline well, though the conditions weren’t exactly working his favour, with the England international isolated. 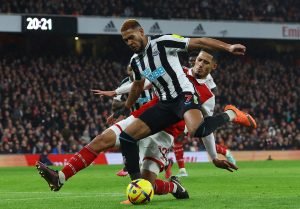 Missed a great chance on the stroke of half-time and struggled to hold onto the ball at times but another energetic display relatively out of position. Helped Burn cover Saka for large parts.

Got a few useful runs into the box but blazed a late cross far too deep.

Couldn’t do much given the limited time he had on field.