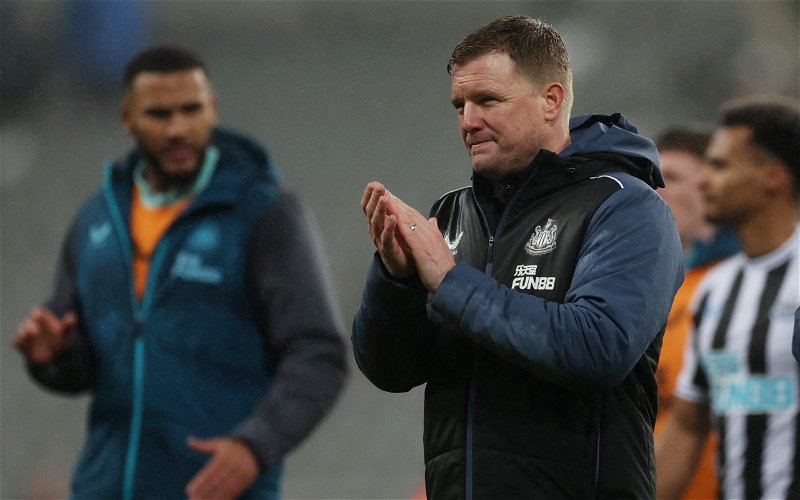 Callum Wilson could start for Newcastle United away at Premier League leaders Arsenal on Tuesday.

While Eddie Howe has confirmed it was not a “difficult” decision not to start the England striker for the draw against Leeds on New Years’ Eve, the fact Wilson was brought on suggests he’s approaching full fitness.

Allan Saint-Maximin is another who has stepped up his return and could play at the Emirates Stadium as Newcastle look to put the pressure on Mikel Arteta’s side.

Matt Targett has joined Jonjo Shelvey on the treatment table after suffering a heel injury, while Alexander Isak is still not fit.

Elsewhere, the team largely picks itself. The back five of Nick Pope, Kieran Trippier, Fabian Schar, Sven Botman and Dan Burn are all available and the main decision comes in midfield.

Should Saint-Maximin start, Howe will need to decide whether to drop one of Sean Longstaff or Joe Willock to push Joelinton back into the centre of the park.