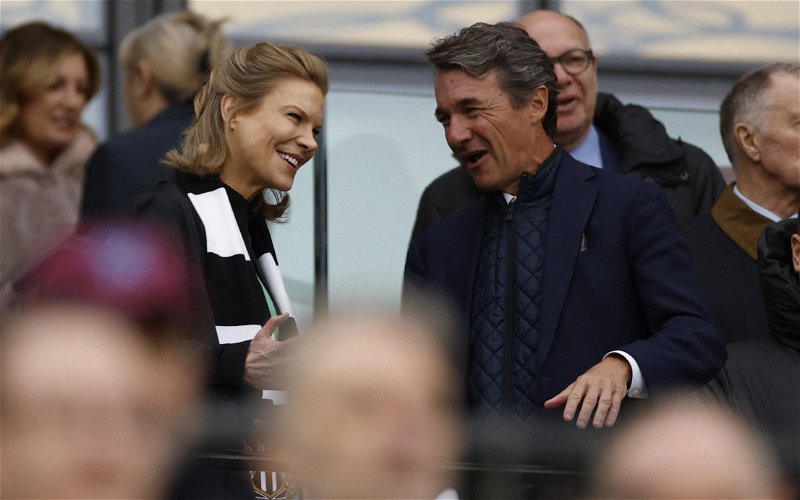 Amanda Staveley has revealed both Jesse Lingard and Sven Botman were keen on joining Newcastle United over the course of the January transfer window, while speaking to The Athletic.

While the first spree of the PIF was certainly successful, much of the January transfer window had proven frustrating.

Clearly, the winter market is not an easy one in which to operate, particularly considering just how much the new owners had to do following the takeover in October. Few would doubt, however, that much of the month was spent in a fairly anxious state, with the bulk of the signings coming towards the end of the window.

Lingard, for example, emerged as a late target on deadline day before Manchester United pulled the plug, while Newcastle made a number of bids for Botman throughout the month.

What did Staveley say about the deals?

Speaking to The Athletic, Staveley confirmed both players wanted to join.

“We had to encourage players – ‘we’ll be a safe place for you, we’ll deliver and grow’.

“Some desperately wanted to come to us, like Sven (Botman), who still does very much and has talked very openly about that.

“Coming through all that showed us we can do it, that we can stick to our plan and if we get criticised on the last day for ‘oh, you’re going after Jesse (Lingard)’, well, Jesse wanted to come to us.

“We did everything. We never stopped. From the start to the finish, we did not stop working.”

Could the deals be resurrected?

On the face of it, there’s no reason why not.

Lingard is out of contract at Old Trafford at the end of the season and there has been little talk of an extended deal. Given the fact Newcastle did not add another attacking player to the squad following the signing of Chris Wood, there’s certainly room for him.

The same goes for Botman. Both he and Diego Carlos were pursued and, such is the length Newcastle appeared to go to sign the Dutchman in particular, it’s hard to imagine the club just dropping their interest.

That’s not to say it will be easy, considering reported interest from Tottenham, but only Dan Burn arrived to strengthen the centre of defence. Long-term, that surely won’t be enough.