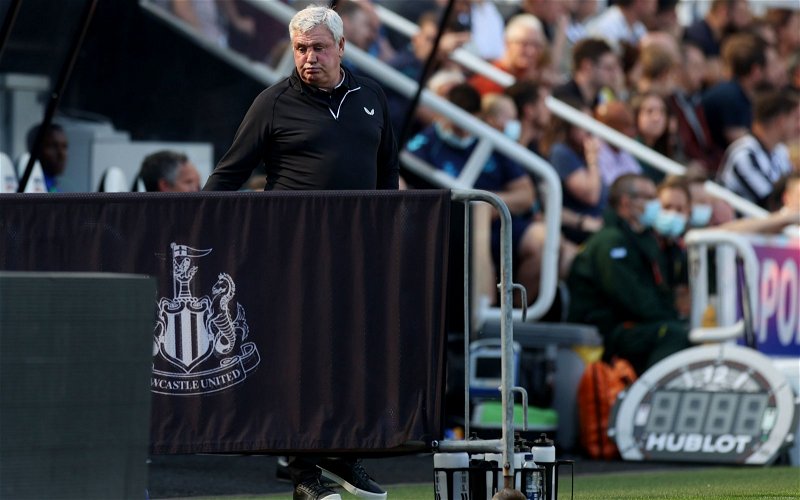 Steve Bruce is still keen on adding another loan player to his squad before the transfer deadline passes tomorrow, according to the Shields Gazette.

Other than the permanent signing of Joe Willock, it has been another miserable summer for the club.

Indeed, no new faces have come in despite clearing the decks of deadwood in terms of Christian Atsu, Henri Saviet and Andy Carroll and – with a day to go before the window shuts – things look relatively bleak.

Still, according to the report, Bruce is keen on bringing in a new player on loan although that largely depends on potential departures at St James’ Park.

Nothing But Newcastle have recently been told that the club have considered options in both central midfield and defence, as well as at full-back.

Given how little time is left, strengthening all three departments looks incredibly unlikely at this stage, representing a major worry after a difficult start to the season. In fact, Newcastle haven’t appeared to move forward since the end of the last campaign, where only a late-season surge stopped them from a genuine relegation battle.

What has Bruce said about transfers?

Asked on BBC Radio Newcastle last week about the prospect of new signings, Bruce was cautious in response.

“You can never say never. We have this conundrum at the moment with the goalkeeping situation,” he said (via The Chronicle).

“Do we name four in the squad which is practically unheard of? If we do do that, then that’s the full quota for the 25-man squad.

“That’s a decision we have to make in the next couple of weeks. I never give up on trying to improve the squad, and if there’s somebody out there who can improve us and we can do it, then we will try and act.”