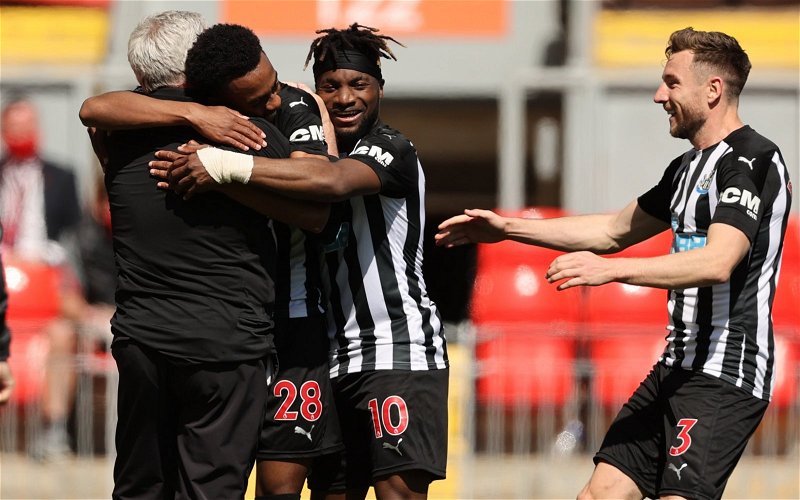 Lee Ryder has revealed that Steve Bruce was a major driving force behind the decision to sign Joe Willock on loan during the January transfer window.

What was the lay of the land before his arrival?

Back during the winter months, things looked bleak of the incoming front for the Magpies.

Though the dismal run that saw them win only two of twenty-one games was only just beginning, their last win prior to Willock’s arrival came on December the 12th against West Bromwich Albion and The Northern Echo had revealed that Bruce would only have scope to make loan signings in November. With journalists such as Chris Waugh calling for more dynamism in the middle of the park too, Newcastle appeared to be in a real struggle.

Most of the January window agonisingly passed by until Luke Edwards revealed that deals for Hamza Choudhury and Willock were lined up, though obviously only the latter joined.

Speaking to his YouTube channel, Ryder shared some insight into the decision to bring Willock to St. James’ Park.

“It’s been a successful signing,” he said from the 0:47 mark onwards.

“It’s one Steve Bruce wanted to do. Eyebrows were raised by some observers in January about Newcastle’s business but, really, Joe Willock has done some fantastic work since he’s come in on loan.

The Guardian recently claimed that Bruce was hopeful there was a deal to be done for £20m this summer, while Football Insider suggested Willock had told friends he would like to stay on Tyneside next season too.

Having already scored four goals in the ten games he’s played in black and white, it would certainly make sense to at least try to bring him back to the club next season. Considering he’s unavailable for this Sunday’s visit of Arsenal, the idea that a player this good only has four games to go in his Newcastle career is an unpleasant one.