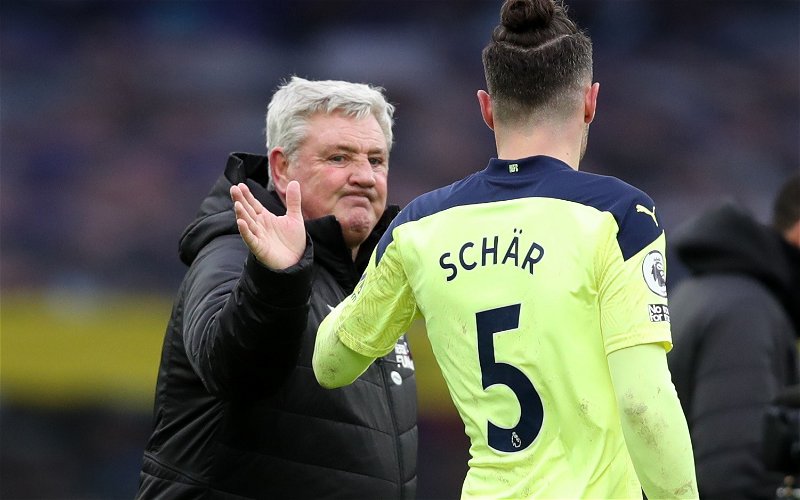 Ramping up his return from a lengthy injury absence, Fabian Schar has taken to Twitter.

Featuring for Newcastle’s U23 side in their Premier League 2 win over Crystal Palace yesterday afternoon, Schar posted a 16-word message on his social media to update supporters on his progress.

“Good to get some min in the tank.. feels good to be on the pitch,” he wrote.

Have Newcastle missed him?

Despite the recent upturn in performance, not having Schar available since the dramatic win over Southampton in February had been a blow.

Indeed, they have not kept a clean sheet since he was forced off against Southampton after keeping two in the seven games when he was enjoying a sustained run in the side. Even despite missing seventeen Premier League games this season, the 29-year-old ranks highly in some key defensive metrics for Steve Bruce’s side too.

WhoScored data shows Schar is only beaten by Isaac Hayden for interceptions per game (1.6) while his average of 3.1 clearances over the same period sees him rank within the top five. Commended for his stunning block to stop Sadio Mane from scoring at St. James’ Park by Ally McCoist during Amazon Prime‘s coverage in December, Schar was showing genuine signs of being a reliable central defender at Premier League level.

Should Newcastle keep him?

The Chronicle claimed in March that the club could look to invoke a clause in Schar’s deal – currently due to expire in the summer – and extend the arrangement for another year.

Given his performances this season, that would look to be a good idea. Enjoying a rich vein of form prior to his injury, there’d even be a chance of selling him this summer if the club wish to do so if they extend his contract, potentially helping raise valuable funds this summer in their pursuit of Joe Willock on a permanent deal. 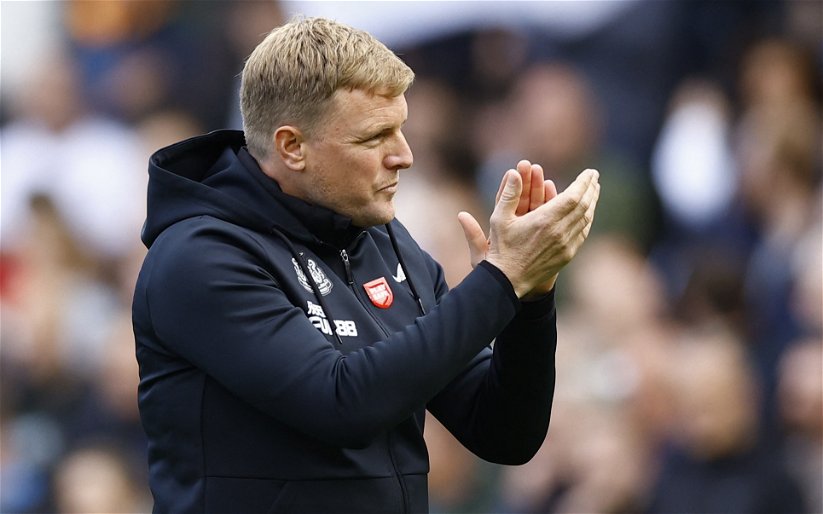