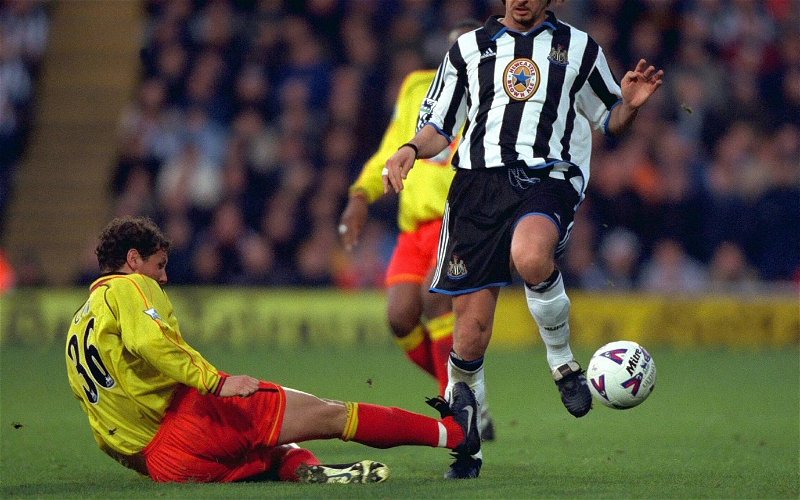 The Italian defender moved to St. James’ Park in 1997 but only made 63 appearances for the Magpies after being frozen out under Ruud Gullit after the sacking of Kenny Dalglish. Forced to train with the reserves prior to Sir Bobby Robson’s arrival, he did feature in the FA Cup final loss to Arsenal in 1998.

While not exactly considered to be amongst the pantheon of Newcastle greats, the former Inter Milan star did represent the club at a fairly successful time and had a reasonably successful career with the Italian national team, playing for them at the 1996 Olympics.

When talking to Planet Football last July, Pistone revealed he had some difficulty in adapting to life on Tyneside given he did not speak the language and True Faith did admit he had joined the club during a transitional period as the great title-chasing teams of the mid-1990s started to fade away in a feature written on him earlier this year.

Still, Howey has shared some hidden insight into his standing within the Newcastle dressing room, as you can see in the video above.

“We had a player called Alessandro Pistone,” he said.

“That’s probably the only player in the whole of my career I thought was just a bit odd.

“He was kind of very self-centred which doesn’t go down well with a group of lads and obviously we had Secret Santa.

“Gary Speed bless him got Alessandro and he wasn’t happy because his present was a heart. It was a pig’s heart because the lads felt as though he didn’t have one.”