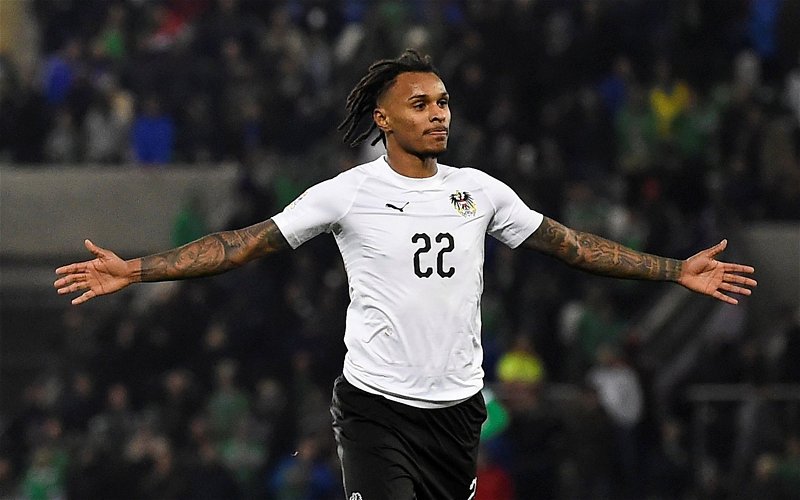 It certainly has been a dramatic week for Newcastle United. Indeed, a late win over Chelsea was followed by the loan signing of Nabil Bentaleb before that frankly ridiculous draw away at Everton on Tuesday night now see the Magpies sit comfortably on 30 points with a brand new midfielder.

Now, according to Italian journalist Alfredo Pedulla, it could get even busier for the Toon Army. Writing on his official website, he claims their chase to sign Inter Milan’s Valentino Lazaro could have received a boost despite interest from RB Leipzig.

As per his report, Newcastle have regained their advantage in recent hours as they look to quickly close a deal to avoid the Bundesliga outfit getting further involved.

Given that the player’s agent was spotted at St. James’ Park over the weekend and Steve Bruce hinted he’d like to sign the player, it has to be considered a boost.

Moving targets this late on in the window is far from ideal so getting closer to reaching an agreement with a man obviously fancied by Bruce is a positive. Furthermore, Lazaro’s ability to operate as either a wing-back or a more conventional right-midfielder (per Transfermarkt) can also provide versatility to a side wrecked by injuries, so getting another body in is obviously good news, should it happen.

Though Allan Saint-Maximin has impressed on the wing this season, Christian Atsu’s rather shocking performance against Everton does suggest it’s an area that needs strengthening. Alarmingly, the Ghanian did not manage a single cross at Goodison Park, so potentially landing a player who averaged 1.5 per game (via WhoScored) last season – over the course of 31 games for Hertha Berlin – seems a good way of strengthening.

Will Newcastle sign Lazaro? Join the discussion by commenting below…