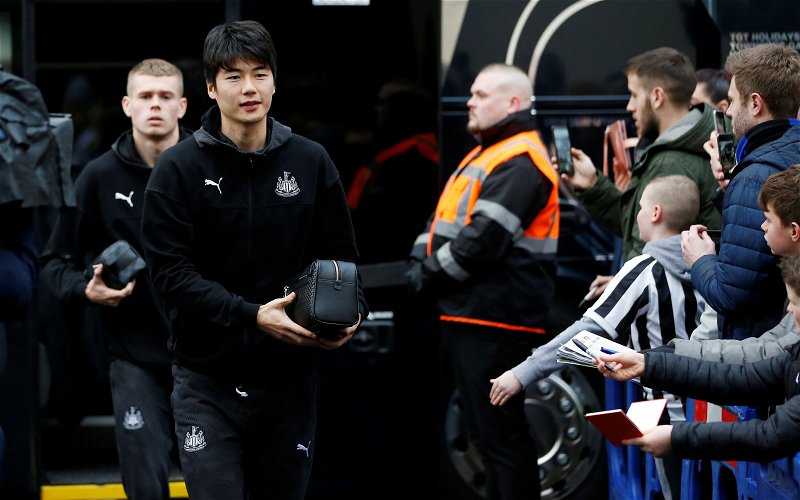 According to the Chronicle, Newcastle United have started the process of trying to find a buyer for outcast midfielder, Ki Sung-yeung. Indeed, with the likes of Jonjo Shelvey, Isaac Hayden and the Longstaff brothers seemingly ahead of him in the pecking order, those behind the scenes at St. James’ Park are thought to want to get rid of the former Swansea City man.

During his short stint on Tyneside after joining on a free transfer in the summer 0f 2018, the South Korean has made only 23 appearances (per Transfermarkt) and is believed to be on a wage of £60k-p/w. With that in mind, his camp are said to be aiming for Newcastle to help facilitate a move away this month as the Magpies look to get him off the wage bill before his contract runs out in the summer.

As per the report in question, manager Steve Bruce reportedly views the former Sunderland man as a similar option to the likes of Shelvey and Sean Longstaff, so losing out on his services shouldn’t be that big of a problem when everyone is fit. Furthermore, in the Magpies’ 5-4-1 formation, there only leaves room for two central midfielders obviously, with Isaac Hayden largely partnering Shelvey this season. So, with the Longstaff brothers able to provide back-up, it’s not as if Ki has had much of a look in.

In fact, getting him off the wage bill could be a boost for Newcastle as they look to complete January deals of their own. While it’s unclear as to what sort budget the Toon are operating with this month, shifting such wages can only be considered good news, even if a transfer fee is not involved.

Frankly, Newcastle should be doing all they can to get him out of St. James’ Park this month. There is enough cover in the squad (baring another freak injury crisis) and Ki has done little to impress while clad in black and white, with the Chronicle themselves handing him just a 5/10 for his cameo against Rochdale in the FA Cup, describing him as ‘one-paced’.

Should Newcastle keep Ki? Join the discussion by commenting below…