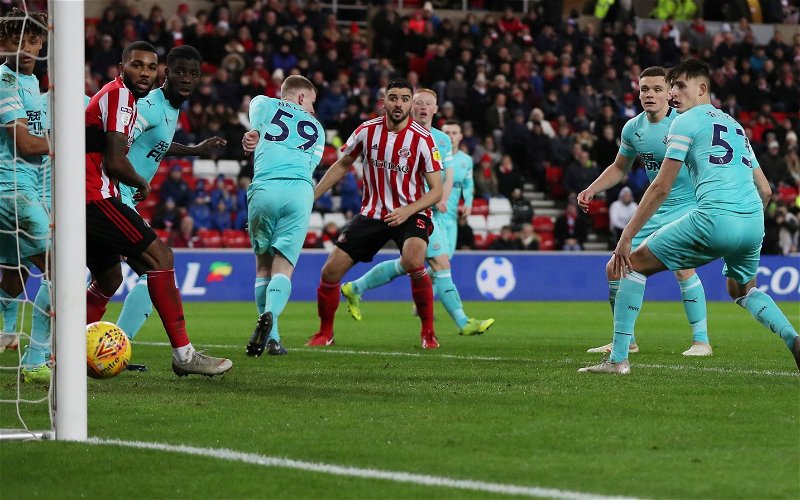 Yesterday, Newcastle United confirmed on their official website that young Kell Watts had been recalled from his short spell with Stevenage early after loan coordinator Shola Ameobi held talks with Graham Westley over his future.

The 20-year-old made 16 appearances for the Hertfordshire-based outfit but missed six consecutive games between the start of November and New Year’s Day with an injury and has now returned to St. James’ Park. Still, with the player largely operating as a central defender (he’s made 8 of 17 recorded career appearances in that berth according to Transfermarkt), it’s unclear as to whether he will fit in with the first-team or head back out on loan.

While manager Steve Bruce has endured somewhat of an injury crisis this season, he is well-stocked in that area with the likes of Federico Fernandez, Isaac Hayden and Emil Krafth all able to play there alongside perhaps more established names such as Fabian Schar, Paul Dummett, Jamaal Lascelles and Florian Lejeune.

Of course, Watts isn’t the only player to return from a loan stint early this season, with young teammate Elias Sorensen also returning from an ill-fated spell with Carlisle last month.

Here’s how fans from both clubs reacted to the news on Twitter.

Great player. Shame it got cut off

I'm not the only one that thought he was wearing an Apron am I?

I hate you Newcastle

He was class up front. And we had to go. Ire defensive

Context required here. Lad is a centre back,started up front last weekend for Stevenage and got hooked at half time.

What does the future hold for Watts? Join the discussion by commenting below…