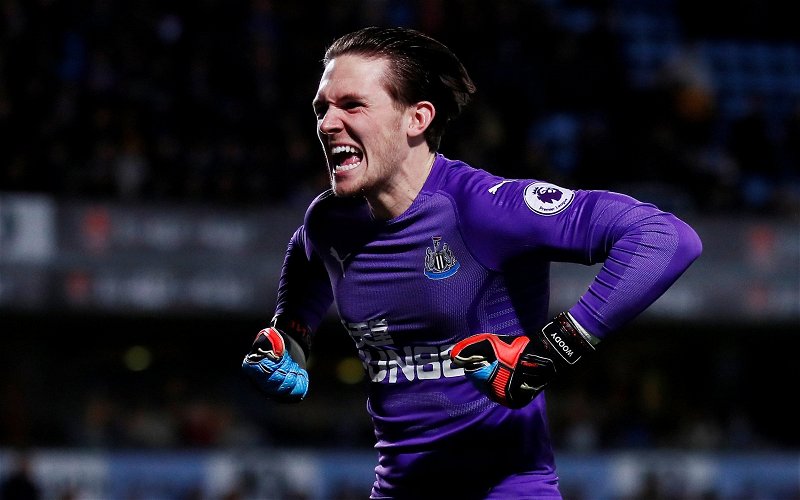 While much of the talk surrounding Newcastle United’s transfer business this summer has, naturally, been centred around potential incomings in the shape of Ademola Lookman and Emmanuel Dennis, the Chronicle recently reported on some interest in one of their own players in terms of a potential exit.

Young goalkeeper Freddie Woodman, who is currently out on loan with Swansea City, is reportedly of interest to the Jacks on a permanent basis, as well as the likes of Premier League outfits Tottenham Hotspur and Everton. The latter, of course, managed to prise young Lewis Gibson away from Tyneside in 2017, so there is precedent for the Magpies to lose burgeoning talents to domestic rivals.

The stopper himself is understood to be willing to listen to what the Toon have to say when it comes to the potential for first-team football in the not-so-distant future but is said to be unwilling to go back into waiting solely on the sidelines. While he is under contract until 2021, he has been a regular under former England U17 coach Steve Cooper in the Championship, keeping 8 clean sheets in 26 appearances, so perhaps the prospect of acting as back-up to Martin Dubravka (who only recently signed a new deal) is less appealing these days.

So, amid the reported interest, here’s a look at how a number of Newcastle fans reacted on Twitter.

Surely an indicator he’s a top GK? Dubravka isn’t playing his best, so would be great to see FW involved

Give him a go as our number 1 next season

This one is easy for me. Sell darlow make, Woodman number 2!

Lets start the bidding at £50mil

Needs 2 b pushing dubravka next year, mite stop dubravka making silly mistakes if he knows he has genuine competition.

What do you make of the interest in Woodman? Join the discussion by commenting below…