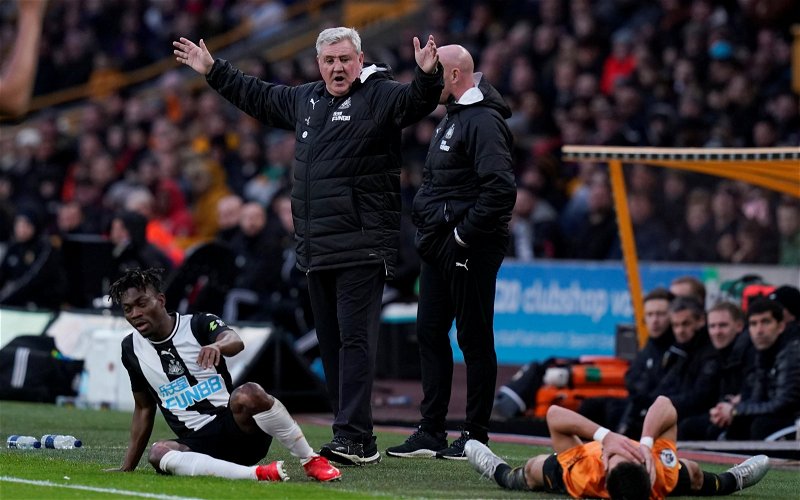 Newcastle United’s worrying injury crisis took another turn for the worse in the draw away at Wolves yesterday as both Paul Dummett and Dwight Gayle limped off before the break, just a few weeks after manager Steve Bruce labelled the problem as ‘crazy’.

According to the Toon boss, the club will hold an investigation into what could be causing the problem behind the scenes, while he also confirmed (via Lee Ryder on Twitter) that the new management regime had not changed any of the medical team from last season, the one that worked under Rafa Benitez.

Steve Bruce: “We have not changed any of the medical department from last season.” #nufc

Indeed, sections of the support on social media yesterday blamed Bruce and his training methods for the crisis and the Chronicle reported the Magpies had suffered six soft-tissue ailments in just 120 of action, suggesting Bruce and his team could be facing questions over the matter.

So, following the manager’s comments on the problem, here’s a look at some of the reaction online.

If that’s the case what does that tell you.

So that's him admitting it's his fault the…

Well something is wrong in training, they must be doing incorrect warm ups.

Then it’s your training methods Steve

If he doesn’t know why he’s worse than I thought .

then maybe its the training ?

Is this the worst Newcastle injury crisis you can remember? Join the discussion by commenting below…