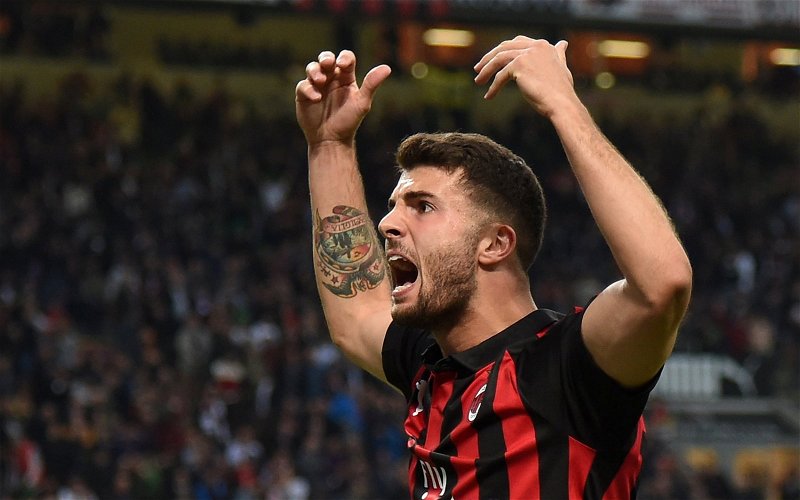 The Sun reported last night that AC Milan forward Krzysztof Piatek was closing in on a move to Tottenham Hotspur amid previous links with Newcastle United.

According to the recent report, the Polish marksman is eager to move to a big club and – given the injury to Harry Kane – Spurs are thought to be close to wrapping up a deal. Following on from that, Chronicle journalist Andrew Musgrove suggested on Twitter that any move for the former Genoa ace looked unlikely, with the player seeming to want Champions League football.

Earlier in the window, manager Steve Bruce had suggested the Magpies had already suffered a couple of set-backs in the transfer market, so it obviously isn’t good news.

Given the collective struggles when it comes to scoring goals this season, missing out on a player to have broken Serie A records for his ability in front of goal is a blow. Indeed, while there are fairly strong links (per Football Insider) with a move for Ademola Lookman, the former Everton man has only played as a central striker 7 times (per Transfermarkt) over the course of his 107-game recorded career, so it’s not like he’s a direct answer.

So, considering Bruce’s previous comments and the need for goals, it’s already looking like a frustrating window. In years gone by, the club have failed to secure deals for the likes of Alexandre Lacazette, Saido Berahino and Andros Townsend, so there does appear to be precedent when it comes this time of year proving frustrating for the Magpies.

It’s pretty unclear as to where Newcastle go from here. Both Piatek and Olivier Giroud (who’s thought to be close to a move to Inter Milan after previous links) were ambitious targets given their standing in the game but deals now look unlikely. Granted, Lookman may indeed prove to be a useful addition (he averaged more shots per game in the Bundesliga during his initial stint at RB Leipzig than any of the Toon squad according to WhoScored), but doesn’t fulfil a natural role as a centre-forward.

Did Newcastle ever really have a chance of landing Piatek? Join the discussion by commenting below…