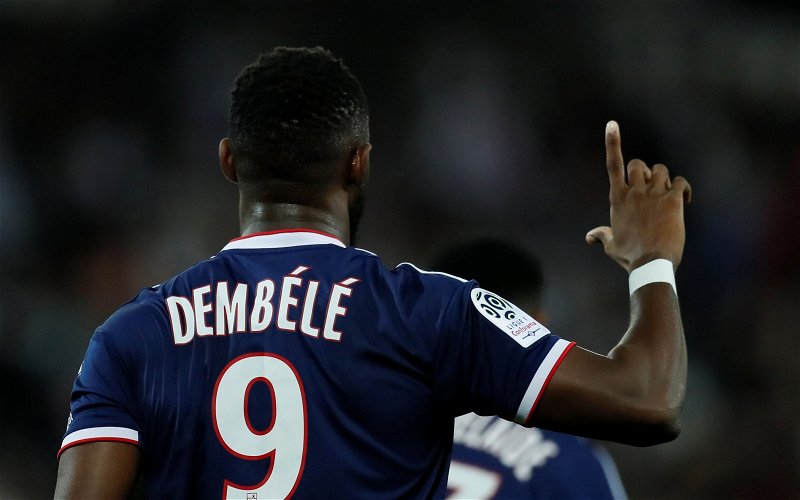 One of the major themes in regards to Newcastle United’s transfer window so far has, naturally, been around their apparent chase for a goalscorer. Obviously, given Joelinton’s struggles and the fact that midfielder Jonjo Shelvey is the Magpies’ top scorer this season with 5, it’s clear to see why there have been numerous links with a variety of marksmen.

Indeed, the likes of Olivier Giroud, Krzysztof Piątek and Emmanuel Dennis have all been linked with a move to St. James’ Park so far this month and the Daily Mail recently added to the narrative that the Toon Army are looking for a new centre-forward. Over the weekend, they reported that the Magpies were in attendance for Lyon’s win over Ligue 1 rivals Bordeaux on Saturday, with keen eyes reportedly cast on striker Moussa Dembele.

The Frenchman – who led Celtic to two consecutive trebles before moving back to France – has also been linked with Chelsea following his form for Les Gones since leaving Scotland. As per Transfermarkt, he’s scored 33 goals in just 73 games for the club and, having also impressed for Fulham in the Championship at an earlier stage in his career, looks to be a proven goalscorer across a number of different competitions.

With that in mind and given his links to clubs higher up the footballing chain, a number of Newcastle fans on social media failed to put much hope in the prospect of signing him.

Blah Blah Blah – no way will we be signing Dembele.

Dembele everyone is after him weve got no chance

Could Newcastle seriously sign Moussa Dembele? Join the discussion by commenting below…