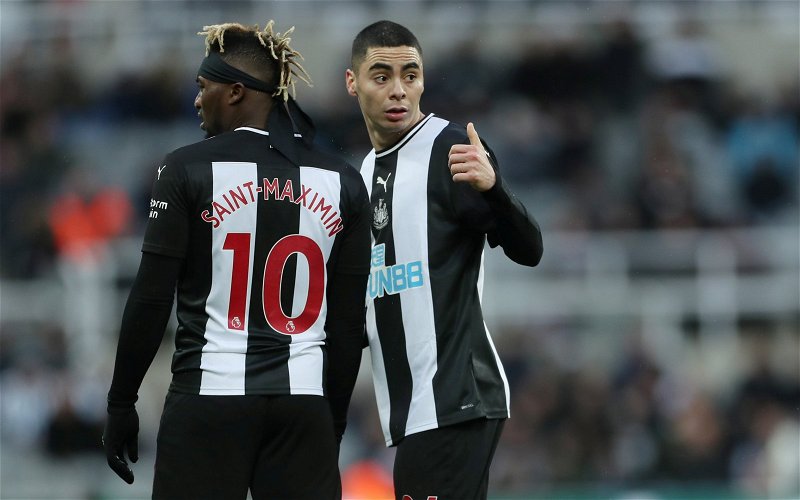 Newcastle United manager Steve Bruce recently praised Miguel Almiron for his recent form as the Paraguayan bagged his third goal in six games for the Magpies in their resolute draw away at Wolves on Saturday. Indeed, the former Atlanta man may have had to wait a while to open his account for the Toon Army, but is looking like a real threat these days.

Given the reaction inside St. James’ Park following his match-winning goal against Crystal Palace in late-December, the 25-year-old does look to be a popular figure amongst the support. After all, this is a man who was actively encouraged by a ball boy after missing a chance against the aforementioned Midlands outfit back on Tyneside in late-2019.

Now, it appears as if Almiron is a popular figure in the squad too. After giving an interview to the club’s website – one that was posted on Twitter – teammate Allan Saint-Maximin replied with a GIF saying how proud he was of the player.

Given that the Frenchman is emerging as somewhat of a cult-hero amongst the Toon support himself, this naturally led to quite the reaction online.

Can Almiron hit a new level now? Join the discussion by commenting below…