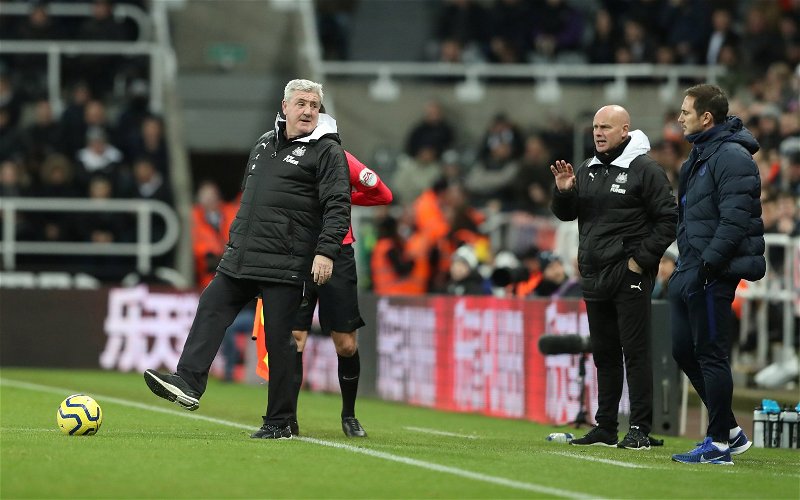 Newcastle United’s injury crisis continued in miserable fashion yesterday after Steve Bruce confirmed both Jetro Willems and Paul Dummett would miss the rest of the season. Indeed, two key options to operate as a wing-back on the left-hand side, it’s a seriously unwelcome double blow for the club.

As well as missing two players for the rest of the season, Magpies fans online appear to be frustrated at the fact that (via Keith Downie on Twitter) Bruce could alter his plans for what remains in the January transfer window to cover that berth as a result. Despite a positive weekend for the Toon Army, there are still obvious goalscoring problems, having bagged the third-fewest in the Premier League this season.

With that in mind, they’ve been linked with a number of marksmen this month including the likes of Olivier Giroud, Ademola Lookman and Emmanuel Dennis. Given those rumours, it does appear as if strengthening the attack has been the story of the window so far.

Joelinton and Andy Carroll have just one league goal between them and, while Miguel Almiron has fit form recently, the attackers trail behind top-scorer Jonjo Shelvey, who has just five. So, with only 11 days left in the window, the idea of changing priority this late on hasn’t gone down well online. Here’s a look at some of the reaction online.

Aren’t Ritchie and Manquillo both left wing-backs? Plus Clark can fill in at left-back if absolutely necessary. Surely attacking threat still has to be priority e.g. Bowen?

Ritchie, Yedlin, Hayden, manquillo, Krafth and Clark can all play LWB.. get a CM and. ST through the door please

We need a forward who knows how to score

We will only get one player in guaranteed and it'll be a left back.

A Striker should also be a priority