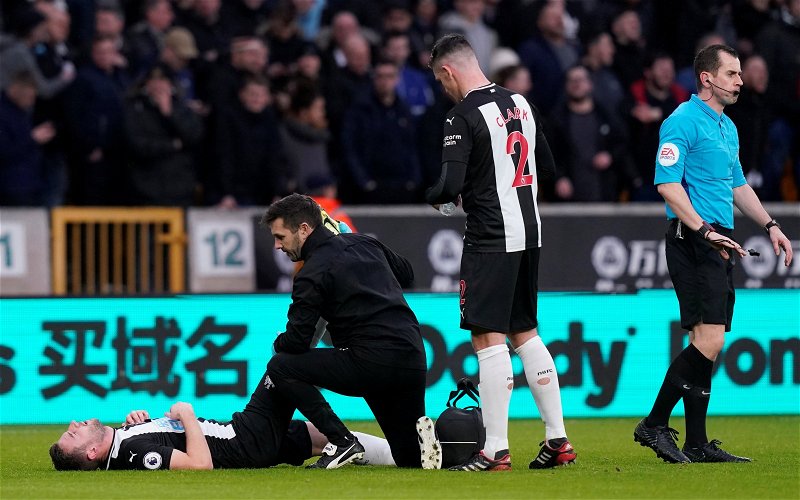 It’s been a dramatic few days for Newcastle United, to say the least. There was the last-gasp win over Chelsea on Saturday and the news of Nabil Bentaleb’s potential arrival yesterday sandwiched between a cruel double-injury blow for Steve Bruce meaning both Jetro Willems and Paul Dummett will miss the rest of the season.

While we’ve already discussed a number of Magpies supporters online urging the club to sign Willems on a permanent deal, the injury to Dummett could prove just as important. Indeed, the former Welsh international has played a key role this season when fit, averaging the fourth-highest number of interceptions per game (1.4, via WhoScored) as well as the fifth-highest number of clearances over the same period (3.8).

Able to operate as both a central defender and a wing-back, the academy graduate did look to be an important figure under Steve Bruce, having donned the armband on a number of occasions. So, after Dummett took to Twitter to thank fans for their support and state he’d be back stronger, a number of supporters saw fit to react.

Here’s a look at some of it.

Speedy recovery mate everyone has them bad injuries

How big a blow is this? Join the discussion by commenting below…