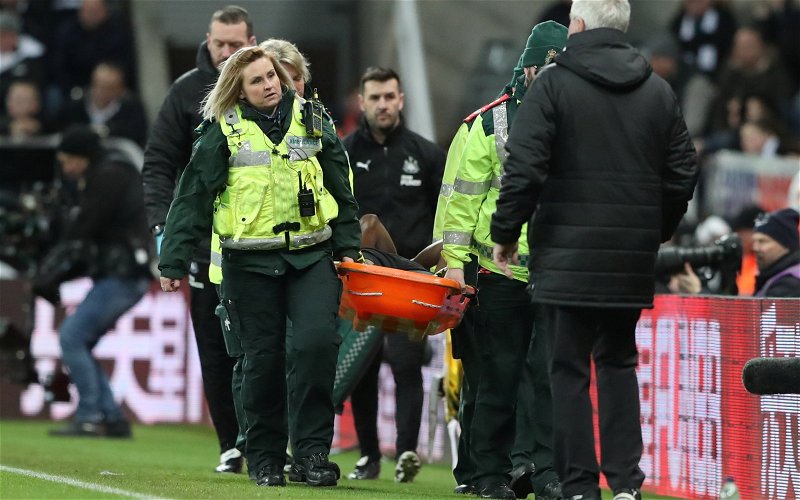 While Newcastle United’s win at home to Chelsea was obviously a reason to celebrate this weekend, it did not come without a cost. Indeed, the Toon’s injury crisis continued when Jetro Willems was stretchered off early in the first-half and manager Steve Bruce has since confirmed the Dutchman’s season is over.

An important figure for the Magpies this season, the loanee from Eintracht Frankfurt has made the third-highest number of tackles per game (1.9, via WhoScored) of anyone in the squad, while his 2 goals this season see him rank as the club’s second-highest goalscorer, the kind of stats that speak to the importance of the wing-back who contributes going both forward and back.

Back in November, Kicker (via the Chronicle) reported that those behind the scenes at St. James’ Park were keen to bring him to the club on a permanent basis after agreeing a £10m deal with his parent club out in the Bundesliga reported agreed. However, given the extent of his injury, it’s now unclear as to whether or not that will happen.

Following the news he’d be out for the season, the club saw fit to post a video of his goal against Liverpool earlier this season on Twitter while wishing him luck in his recovery, sparking quite the reaction online. With that in mind, here’s a closer look at it.

Will Newcastle sign Willems this summer? Join the discussion by commenting below…