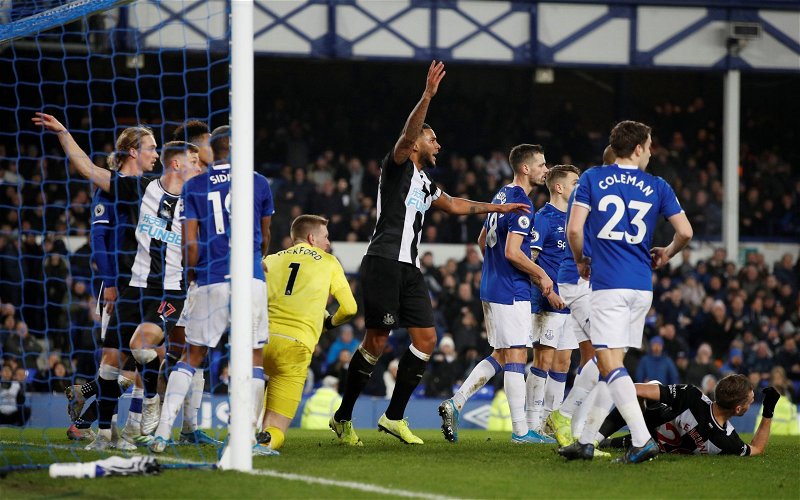 Well, well, well. What a comeback from Newcastle United to snatch a draw and move up to 30 points at this stage of the season after substitute Florian Lejeune scored twice in injury-time to peg Everton back after previously leading 2-0.

In truth, it was a fairly miserable outing for the Toon Army, taking the last two minutes of the game out of the equation. Indeed, as per WhoScored, the Magpies had just two shots on target – their goals – and 45% of the ball at Goodison Park. However, given the manner of the result, it’s to imagine many Newcastle fans particularly caring, at least for now.

That’s because a certain Jordan Pickford was in goal for the Toffees and failed to deal with the equalizer, having been behind the goal line when the French defender prodded it forward. Obviously, the former Sunderland stopper is far from a popular figure amongst the Newcastle support given his close connection with their bitter rivals, so an image posted by the club on Twitter seemingly focusing on him letting the ball through went down an absolute treat on the social media platform.

With that in mind, here’s a look at some of the best reactions to the image above.

You love to see it

What did you make of last night’s game? Join the discussion by commenting below…