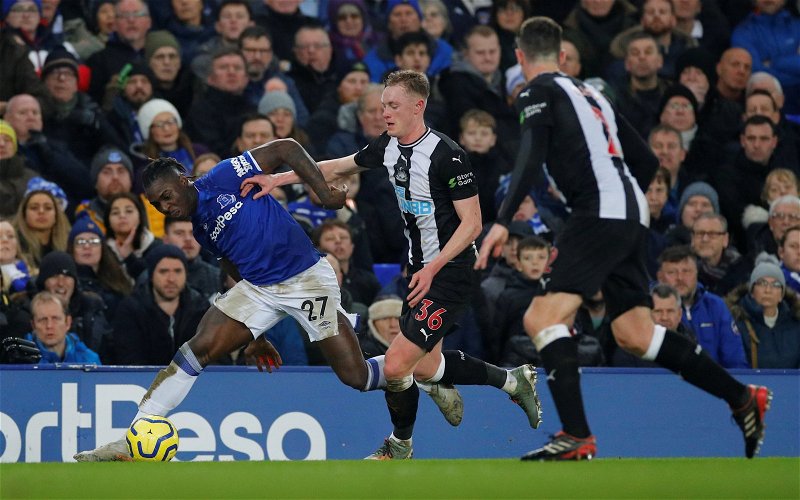 It’d be fair to say that this season has proven to be a reasonably disappointing one for Sean Longstaff after his breakthrough under Rafa Benitez last term. After all, this is a man who Manchester United reportedly wanted to sign months after Pep Guardiola claimed his Manchester City could handle him and Louise Taylor of the Guardian compared to Michael Carrick.

However, this time around, it’s not been far from plain sailing for the 22-year-old. Under Steve Bruce, Jonjo Shelvey has largely been preferred in the ball-playing central midfield role alongside Isaac Hayden and Andrew Musgrove of the Chronicle conceded the academy graduate was playing at ‘nowhere near’ as well as he had been.

So, during what was another disappointing performance away at Everton earlier this evening despite a late comeback, Longstaff was absolutely torn into. As per WhoScored, the midfielder lost possession 3 times, the most of any Toon player, invoking the ire of supporters online. With that in mind, here’s a look at some of it.

Sean Longstaff, said it countless times, isn’t good enough since injury return. Take anything we can for him

Tell ya what, Sean Longstaff's head hasn't been in the right place all season #NUFC

We ArE sTrOnG iN cEnTrAL MiDfIeLd: nufc after seeing bentaleb signing. I’m glad Bruce and the board disagree. Sean Longstaff is awful I’ve not seen one good performance from him this season #nufc

Sean Longstaff has been shocking all season. #NUFC

Should Newcastle have sold Sean Longstaff in the summer? Join the discussion by commenting below…