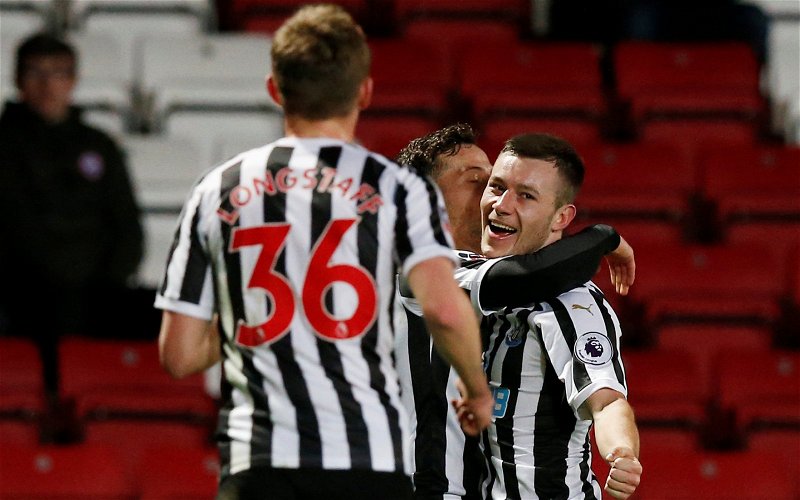 Former Newcastle United youngster Cal Roberts looks to be getting his career back on track following his release from Newcastle United over the course of last summer. Indeed, back in October, he told the Chronicle that he was ‘shocked’ when his boyhood side opted to relieve him of his duties, but the winger’s form with Blyth Spartans looks to have paid off.

That’s because, as he confirmed in a Twitter post on his official account yesterday, the 22-year-old confirmed he’d joined Notts County down in League Two on a two-year-deal, much to the delight of plenty of Toon fans online. While Roberts played only two senior games for the Toon, he’s a local lad from South Shields and a graduate of the club’s academy, so appears to have the goodwill of the fans online.

With that in mind, here’s a look at some of the reaction as Roberts celebrated his move to Meadow Lane.

Back in black and white! Good luck Cal! ⚫⚪ Coyp

Should Roberts have been given more of a chance by Newcastle? Join the discussion by commenting below…