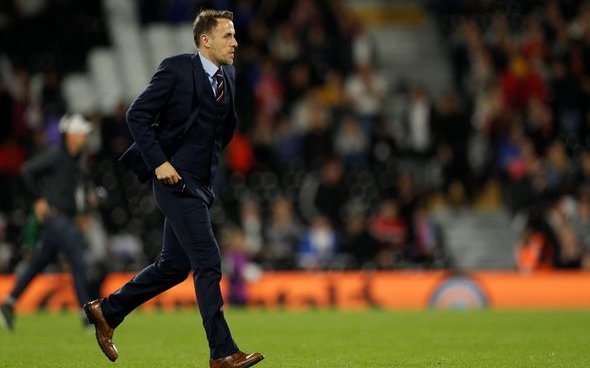 Phil Neville revealed he didn’t think Newcastle United’s squad was good enough and claimed they needed to start taking responsibility for their performances.

The England Women’s manager while analysing the Magpies’ 0-0 draw with Southampton on Match of the Day shared that he thought the current players hid behind Rafa Benitez and Mike Ashley.

“I think they (Newcastle) will be delighted with the point today, I don’t think they played well,” said Neville on BBC One’s Match of the Day repeat (Sunday October 28, 9:59am).

“I think we’ve seen from a lot of teams that quality in the final third is lacking, we saw it from Southampton today, the ability to take that extra pass, composure.

“I think there is a lot happening at Newcastle off the pitch that is effecting them, but I think the players now have to start taking responsibility and start winning games and playing for the club.

BBC Match of the Day presenter Gary Lineker then asked Neville directly whether the Magpies players were good enough and he bluntly replied “No.”

Neville is brutal with his assessment of the Magpies’ squad following their 0-0 draw with the Saints. The BBC pundit openly admits he doesn’t think the squad is good enough and when he pinpointed that they need to take responsibility, he’s implying they aren’t doing that currently. It seems Neville thinks that while the players aren’t at the level they should be, that they could still do more to try and get the Magpies’ first win on the board. Benitez’s side are yet to win in any competition this season and didn’t really look like beating the Saints at any point during their clash on Saturday. Mark Hughes’ side looked the most likely to win the game as they had plenty of shots on goal but their forwards couldn’t take advantage of any of the chances that fell their way. This was a blessing for the Magpies as if the Saints forward were actually on song then perhaps the result would have been one Magpies fans would rather not have bared to witness.