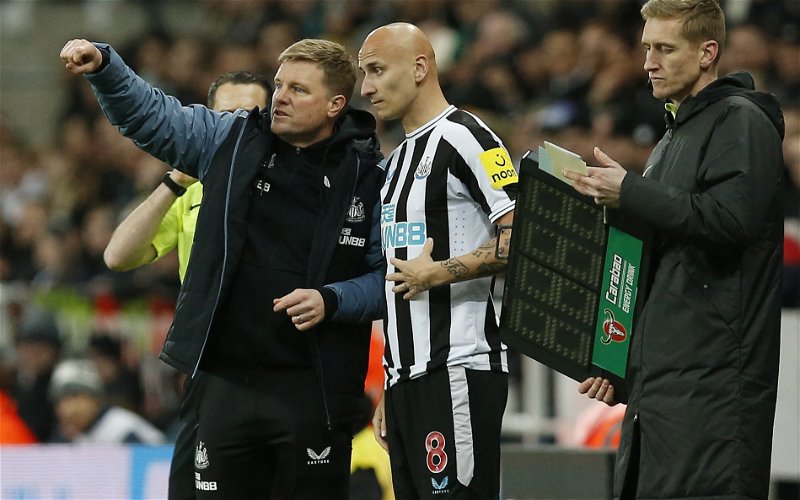 Besiktas are plotting a move to sign Jonjo Shelvey this summer, according to Turkish outlet Fotomac.

The midfielder, who formed a vital part of Eddie Howe’s side last season, has seen this campaign decimated by injury.

Shelvey has been limited to only five appearances across all competitions this season, with only one of those coming from the start. A hamstring injury picked up over the course of the summer did not see him return until October before a calf problem emerged in December.

That will likely rule him out of action until the business end of the Premier League season and, as a result, Shelvey’s long-term future is in doubt.

According to The Daily Mail, the 30-year-old needs to start two more games to trigger a 12-month contract extension. Still, while that would not usually seem like too much of an ask, Newcastle are believed to be tracking additions in their midfield, particularly in the No.6 role Shelvey has largely played in throughout his career on Tyneside.

The Turkish report suggest Besiktas – who have previous in looking at Premier League players – are considering making an offer worth between £2.2m and £3.1m per year to Shelvey.

How much are Shelvey’s wages at Newcastle?

According to SpotRac, the six-cap England midfielder is currently paid in the region of £70k-per-week, which roughly equates to around £3.64m a year.

Should Besiktas be willing to offer a longer contract than the 12-month extension at Newcastle, perhaps Shelvey would have a decision to make. 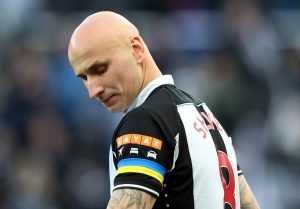 That should largely depend on what happens this month.

At 30 and having picked up injuries, Shelvey isn’t really going to ever prove a long-term option for Newcastle. Were the club to bring in fresh midfield options, the need for cover would not be as great and allowing him one last big payday abroad might be a fitting end to such a long service.

With more options in the middle of the park potentially available soon, it’s feasible the former Liverpool man could not play for Newcastle again.

At some point, Newcastle are going to have to move on from Shelvey. If they bring in players this month, perhaps it will be sooner rather than later.