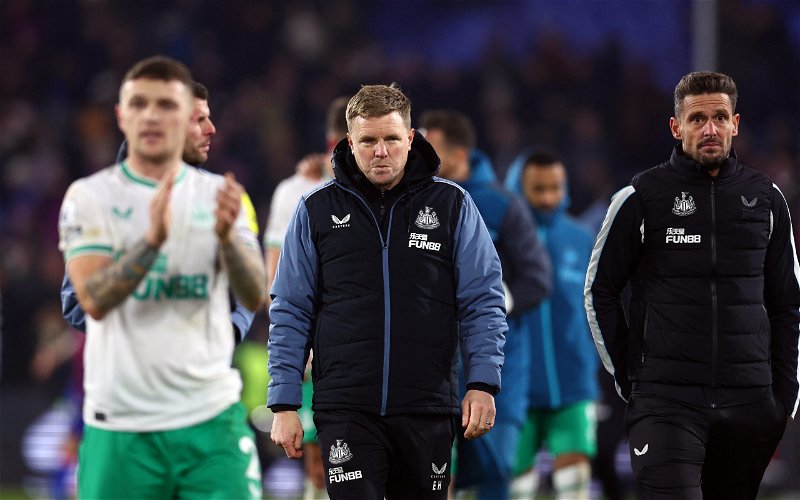 Bruno Guimaraes made a quick-fire return to the starting lineup in Saturday’s draw at Crystal Palace despite coming off in tears less than a week before with what looked an unfortunate ankle injury.

That, of course, is a major boot as Howe takes his team to St Mary’s Stadium for the second time this season.

With the Brazilian fit, not too many changes are expected from Howe’s first-choice XI, particularly to his rock solid defence.

There is, however, thought to be some concern regarding Callum Wilson. While not a fitness worry, The Daily Telegraph claim the England international is now under pressure to justify his place to start up front, particularly with Alexander Isak now fit again.

“He hasn’t had a lot of training time,” said Howe on Monday (via the club’s official Twitter account).

“We’ve had a lot of games & between those you can’t train the players to the intensity you want. We’ve exposed him to the games, but at some stage he will need that training load to get to his very best levels.”