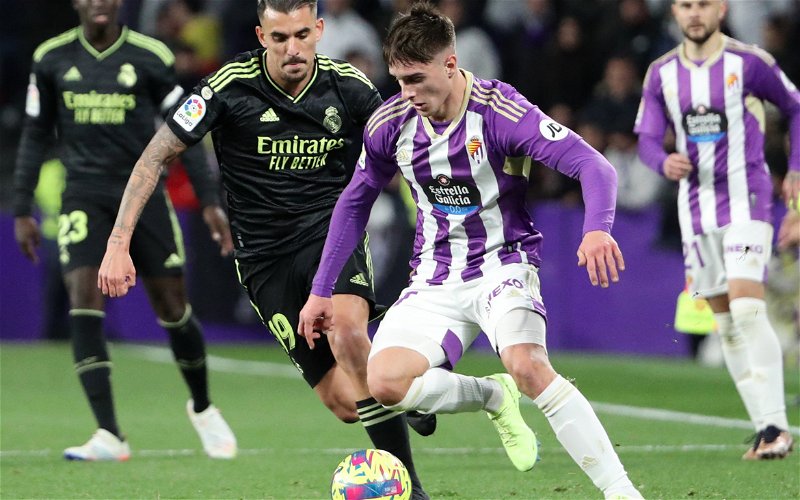 Arsenal have held talks over a potential move for Real Valladolid’s Ivan Fresneda, sources have told Nothing but Newcastle.

The right-back has been linked with a move to Newcastle as the club chase cover for Kieran Trippier.

Emil Krafth suffered a long-term injury earlier this season and is facing a fight to play again before the end of the campaign, while Javier Manquillo appears to be out of favour under Eddie Howe.

They represent the only the senior right-backs behind Trippier at the club, although Jacob Murphy has occasionally operated there over the course of his Newcastle career.

Clearly, none of those options can match the England international in terms of importance, though a move for another established player there looks unlikely this month.

Rather, Newcastle are interested in a young option to back Trippier up and have also considered West Ham’s Harrison Ashby.

Fresneda is thought to be another target, although sources have told NBN that Arsenal are in talks with the teenager’s representatives over a potential move.

Who is Ivan Fresneda?

An 18-year-old right-back, Fresneda started his career on the books of Real Madrid before joining Valladolid in 2020.

Since making his debut, the teenager has made a further 12 appearances and has now established himself as the club’s starting right-back.

Across Europe’s big five leagues over the past year, Fresneda ranks within the leading 99% of full-backs for tackles (3.54, via FBREF), interceptions (1.59) and clearances (3.17) per game.

While expecting him to replicate that in the Premier League right away would be a big ask, particularly due to a small sample size in terms of appearances, such healthy averages point to an exciting potential.

What has Fresneda said about his future? 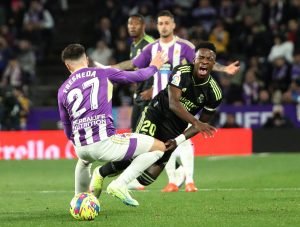 Speaking to Estadio Deportivo earlier this week, Fresneda admitted it was nice to be linked with a move to the Premier League.

“It’s nice to be linked with greats in Europe,” he said.

“Currently there doesn’t seem to be anything too advanced for Fresneda in terms of an exit this month. And he gave a rather measured response on that.

“I belong to a historic club in Spain such as Real Valladolid,” he added. “I am focused on the team and possible negotiations are carried out by my representative. My desire today is to play here.”