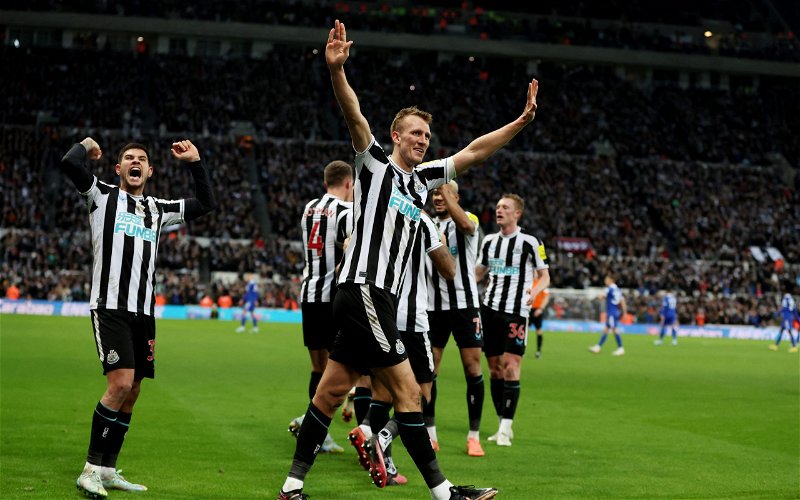 Newcastle reached the League Cup semi-finals for the first time since the 1970s with a routine win over Leicester to get back on track following Saturday’s FA Cup exit at the hands of Sheffield Wednesday.

The home side were in absolute ascendancy from the opening minute but were once again of missing some more-than-presentable chances when their tails were up.

Brendan Rodgers’ side were able to grow back into the game, particularly with Patson Daka and Marc Albrighton leading the charge. Had the former shot instead of passing to Harvey Barnes when through on goal.

Still, Dan Burn and Joelinton scored after the break to send the Toon into dreamland.

Here’s how Nothing but Newcastle rated the players, with stats via WhoScored.

Assured all evening as ever and showed some great reading of the game to step out and help his defenders when Leicester broke as they started to grow back into the game.

Without Trippier, it’s hard to imagine Newcastle being anywhere near as effective in attack and, given they tend to miss a fair few chances, that’s a worry.

A leader on the pitch and the man with the highest number of key passes (4), his performances might not always grab headlines, but Trippier is so vital.

Peerless in the air, winning six duels and rarely looked trouble throughout.

In his biggest game as a Newcastle player to date, the Dutchman was brilliant when up against Daka on the break. Stepped up, showing a reading of the game well beyond his years.

Solid as ever at the back but missed a great chance in the second half after Trippier’s brilliant delivery.

Little did that matter, however, when the defender opened his account for the club on the hour mark with a striker’s finish while under pressure as Newcastle swarmed on their opposition.

Probably not quite as ridiculously dominant as he was against the Foxes on Boxing Day but rarely puts a foot wrong and was unlucky with three rasping shots in the first half.

The lynchpin of this team.

Missed two excellent chances in the first half when the team were in complete control of the tie. Busy in midfield as always but that lack of cutting edge was a major disappointment.

There’s a certainly an argument to suggest Willock is playing better now than he did during the ridiculous run in-front of goal while still a loan player.

A driving force from deep, the former Arsenal man teed up Longstaff in the first minute and did not stop causing problems all game.

Wonderful assist for the second goal and often looked Newcastle’s most dangerous attacker in the first-half.

While the England international looked rusty, an excellent touch and turn to tee up Almiron late in the first half served as a reminder of his quality. 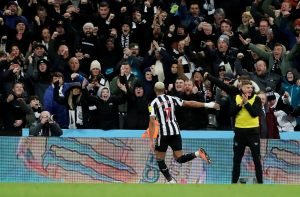 Even in a nominal left-wing position, the Brazilian continued to defend robustly.

No one made more interceptions in the opening 45 minutes (3) and, no matter the position, Joelinton’s importance cannot be understated. Unlucky to hit the post within seconds of the restart and scored a brilliant second goal.

Really nice run in the closing stages showed the danger the Swede can cause.

Couldn’t do much with so few minutes but put in a great cross late on.