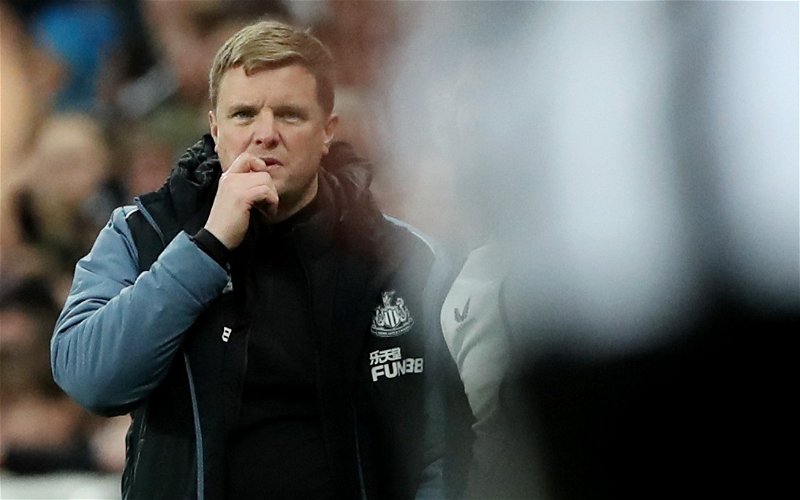 Eddie Howe has confirmed he has not yet made a decision as to whether or not Joelinton will play against Fulham on Sunday.

The Brazilian, a hugely important figure in Howe’s team, was charged with drink-driving on Thursday and the Newcastle boss is seemingly considering dropping him for the visit of Marco Silva’s in-form side.

Elsewhere, Howe has confirmed he largely has a full squad from which to choose.

For the first time in what seems like an age, Newcastle have most of their key players available. Alexander Isak and Allan Saint-Maximin have returned to the fray, offering a squad depth Howe has just not been able to call on for most of the campaign.

Either of those two could replace Joelinton on the wing.

After resting players for the FA Cup loss away at Sheffield Wednesday, Howe turned back to the team who drew with Arsenal for the Carabao Cup win over Leicester. Certainly, that seems like his strongest XI, although Isak and Saint-Maximin are potential game-changers off the bench.