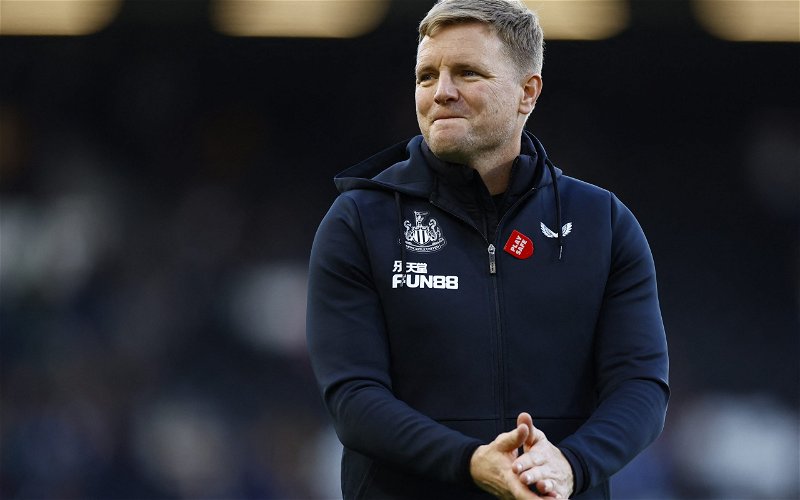 Miguel Almiron was the star of the show as Newcastle appeared to take all of their early frustration out on a more-than-accommodating Fulham side.

Of course, Nathaniel Chalobah’s early red card helped matters, but Newcastle passed the ball around with purpose, constantly driving at the hosts’ defence through Jacob Murphy and Almiron.

Callum Wilson’s opener came from a give-and-go between Joe Willock and Kieran Trippier, with the former playing in the latter before the midfielder knocked Trippier’s tempting cross down towards goal, where Wilson tapped in. While the first goal was relatively simple, the second saw Almiron hit a sweet volley after a delicious ball over the top from Bruno Guimaraes.

Newcastle had three before the break when Sean Longstaff followed up Sven Botman’s post-hitting effort and Almiron would add a fourth by tapping in Willock’s cross.

A late goal from Bobby Decordova-Reid was a disappointment but, all in all, what a way to mark the return of club football.

#nufc players and staff stand to applaud the away end. Number of shirts getting thrown in there #FULNEW pic.twitter.com/VmtxEXJBt9

What did Howe say after the game?

Speaking to BBC Sport, the head coach said: “It has been a long time coming. We have had a long wait for the second win of the season.

“Right from the start we had a good feeling, with good energy, and created chances early on. Obviously the red card made it easier but I am very pleased with the players’ response. Their attitude – we wanted more, we weren’t happy with what we had, always trying to score.

“It’s been a very difficult two weeks, obviously we have had the international break with players going away, but we have also had a bit of illness in the camp, so it’s been a mixed two weeks but it didn’t show in our performance.”