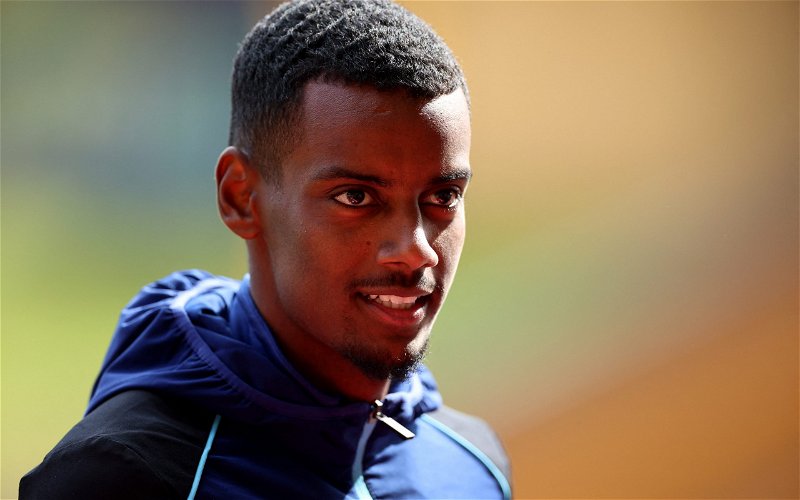 Eddie Howe has confirmed Newcastle United are still waiting on Alexander Isak’s work permit ahead of Wednesday’s trip to Liverpool.

The Swedish striker was in attendance as Howe’s side drew with Wolves at Molineux on Sunday but still awaits the final document which will allow him to make his Premier League debut.

Isak has trained with his new teammates and the work permit could be granted up to 75 minutes before kick-off at Anfield.

Elsewhere, Howe has also confirmed Bruno Guimaraes and Allan Saint-Maximin are doubts with hamstring injuries, with Callum Wilson already ruled out with a similar issue. Emil Krafth, meanwhile, will miss several months with a knee injury.

That surely means Chris Wood will continue up front, perhaps flanked by Miguel Almiron and Ryan Fraser in the absence of Saint-Maximin. Even if Isak is handed his permit on Wednesday night, it seems unlikely he will be thrust straight into the starting lineup.

Of Newcastle’s multiple injury blows, Howe said (via Keith Downie): “It’s something we’ve spoken about internally but we’re one of the fittest teams.

“With that, you’re putting the players at max level for the benefit of the team. Every 2/3 days right now. Trying to see warning signs. But ultimately it’s how we want to play football.”