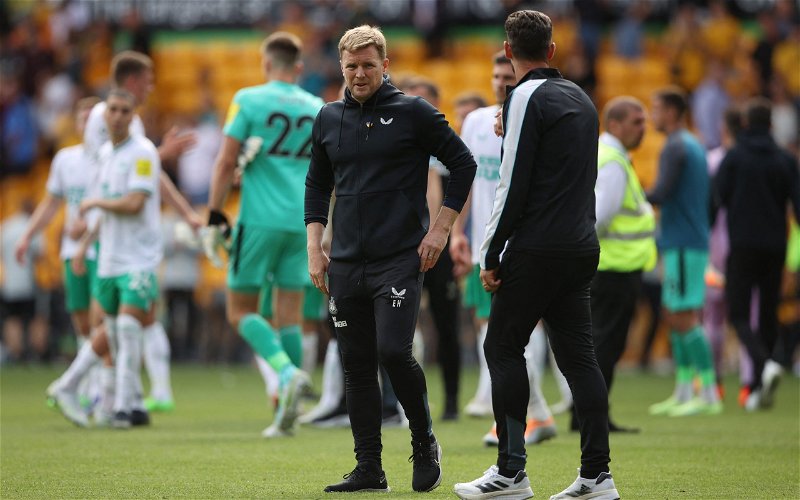 Eddie Howe has hinted Newcastle United are assessing whether or not to go back into the transfer market as the injury problems continue to mount.

While Friday saw the club-record arrival of Alexander Isak, the mood has slightly soured since.

Emil Krafth recently joined Callum Wilson on the treatment table, while Bruno Guimaraes missed the draw with Wolves and is a doubt for Wednesday’s trip to Liverpool. Allan Saint-Maximin, meanwhile, came off late at Molineux holding his hamstring.

Clearly, Newcastle are in a much better place these days after Howe yielded a hugely impressive turnaround in form from the players he inherited, pairing that with some astute signings. Still, these are early days in the club’s new era and it would be fair to say the squad isn’t exactly filled with a top-level replacements. 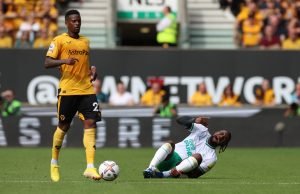 After all, it was Sean Longstaff who replaced Guimaraes in the starting lineup, while Matt Ritchie had to come on for Saint-Maximin. Important players for Newcastle in years gone by, but arguably not the kind of replacements to push the team up the Premier League.

Obviously, that’s fairly natural given the club have only had two transfer windows in which to work with new resources, but it does leave a big gap between starting players and rotational options, at least on paper.

What did Howe say about potential transfer business?

Speaking after the draw at Wolves, Howe said (via The Chronicle): “Maybe, we’ll have a look, and count the bodies, see who we have fit – and then see if we can make a decision in the market.”

Where could Newcastle strengthen?

Taking to Twitter after the draw at Molineux, The Athletic’s Chris Waugh suggested both a midfielder and a winger were still on the agenda during the final few days of the window.