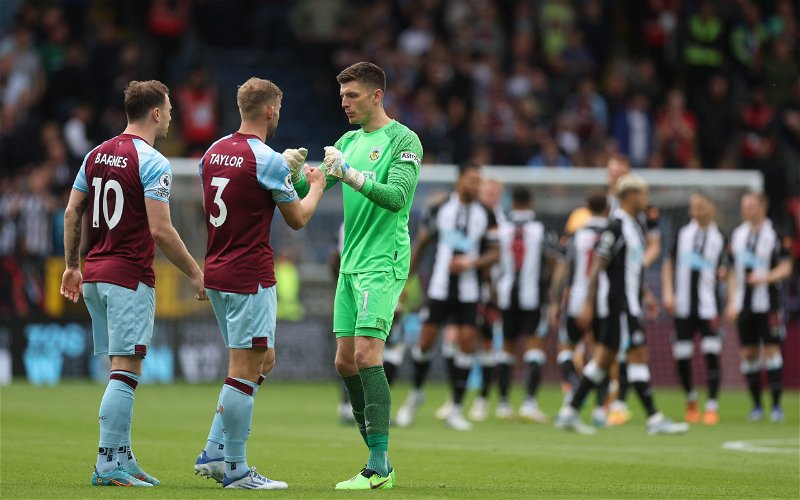 Newcastle United have finally made a breakthrough this summer.

According to Sky Sports, talks to sign Burnley and England goalkeeper Nick Pope are well underway.

While its important to note just how good a signing Matt Targett on a permanent basis can be given his productive loan stint during the back end of last season was, few would doubt this has been a frustrating summer.

Deals for Hugo Ekitike and Sven Botman are not progressing (although are not yet dead), while Jesse Lingard and Moussa Diaby are reportedly considered too expensive. Clearly, not bowing down to huge financial demands is important in the long-term (and surely the best course of action generally) but that does not take away from the fact it has been a difficult summer window thus far.

Pope, however, would move to change that should he arrive.

Why would Nick Pope be a good signing for Newcastle?

During the January transfer window, Eddie Howe looked to focus on bringing in players with Premier League experience.

Targett, Kieran Trippier, Dan Burn and Chris Wood all played a part in helping push the team up the division, all while keeping the wage structure in tact and not disrupting team harmony. Pope, as well as being a high-class goalkeeper, certainly fits that kind of profile.

The 30-year-old is still relatively young for a player in his position and did little to suggest his powers are on the wane even despite Burnley’s relegation.

Indeed, according to FBREF data, the former Charlton stopper claimed the second-highest number of crosses in the Premier League last season (37) while he out performed his post-shot expected goals margin (judging how likely a ‘keeper is to save a shot based on the quality of the chance for the attacker) by the third-highest margin in the division (+4.4, suggesting an above-average ability to stop would-be goals). 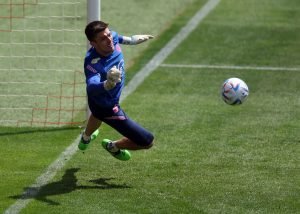 In comparison to Martin Dubravka last season, Pope amassed a much higher save percentage (73.6% to 67.9%) and more key passes (3 to 2). Obviously, that last statistic is not what goalkeepers are generally based on but it does hint at perhaps some slightly more progressive passing from the back.

What has been said about Nick Pope?

In 2020, England manager hailed Pope as “incredible” and claimed he was a “fantastic part” of the success the national team had enjoyed in recent years.

“Nick has been, first and foremost, a fantastic part of why the squad has progressed and had a reasonable amount of success comparative to what England have done over the years,” he said (via The FA).

“He’s been an incredible member of the squad – high performance level, low maintenance in terms of neediness and sacrifices himself for the team at all moments. You couldn’t ask for a better person to have in the group.”