Pundit Peter Crouch has hailed Eddie Howe for the work he has done since being appointed Newcastle United manager in November.

With the end of the season approaching, attention has naturally turned to the end of year awards.

Obviously, there are a number of coaches in the frame for the coveted ‘Manager of the Year’ gong, not least Pep Guardiola and Jurgen Klopp, who could lift multiple trophies in the next few weeks. Elsewhere, David Moyes continues to have his West Ham team fighting towards the upper echelons of the Premier League, while Patrick Vieira deserves plaudits for his rapid-fire rebuild at Crystal Palace.

Still, the job Howe has done has been remarkable. With Newcastle winless in their first 14 games, the former Bournemouth manager has had a transformative effect not only on form, but also on the mood around the club. Indeed, Ryan Fraser has been gushing in his praise, while Fabian Schar and Joe Willock have also talked of the changes behind the scenes.

It is that improvement, the one yielded from players already at the club upon his arrival, that has made the appointment such a success. Schar has signed a new deal after appearing ready for an exit, Sean Longstaff may still extend and Joelinton has morphed into a crucial player. Newcastle are unrecognisable to the team floundering under Steve Bruce. 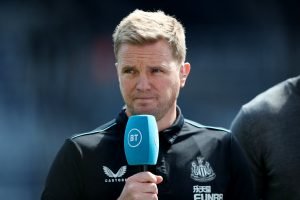 The elephant in the room, of course, is the money afforded to Howe in January. Indeed, there have been suggestions spending almost £100m should temper the assessment of Howe’s work but, frankly, it doesn’t look as simple as that. While not to doubt the investment helped, particularly in the eye-catching addition of Bruno Guimaraes, it does not explain the complete turnaround in mood, as well as the vast improvements in players signed under different regimes.

What did Crouch say about Eddie Howe?

Writing in his column for The Daily Mail, the former England striker said: “Newcastle United are the best example of something working following a change in management. I was up there on Saturday for the Liverpool game and Howe is really building momentum, you can feel it around St James’ Park.

“They were the only team not to have won a single game, and found themselves five points from safety, when he was appointed in November. He had a tough time at Bournemouth towards the end but it’s become obvious that the Newcastle players have bought into his methods. Being able to spend a bit of money in the transfer market has helped too.” 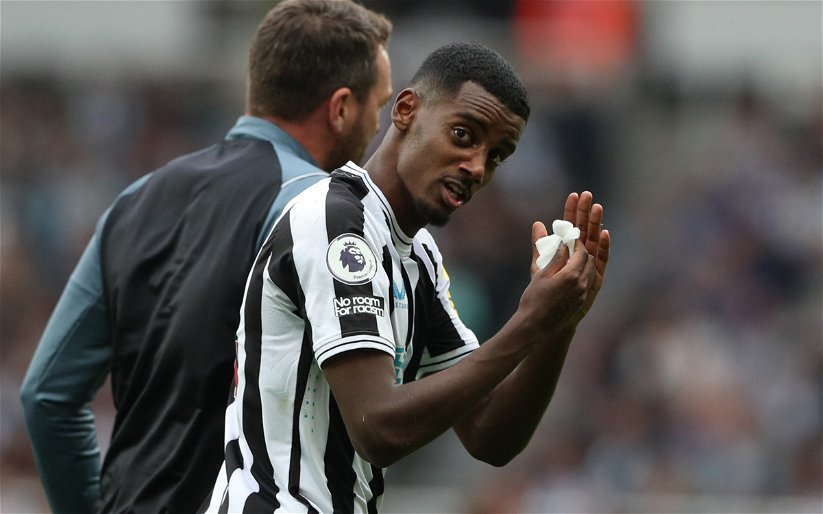