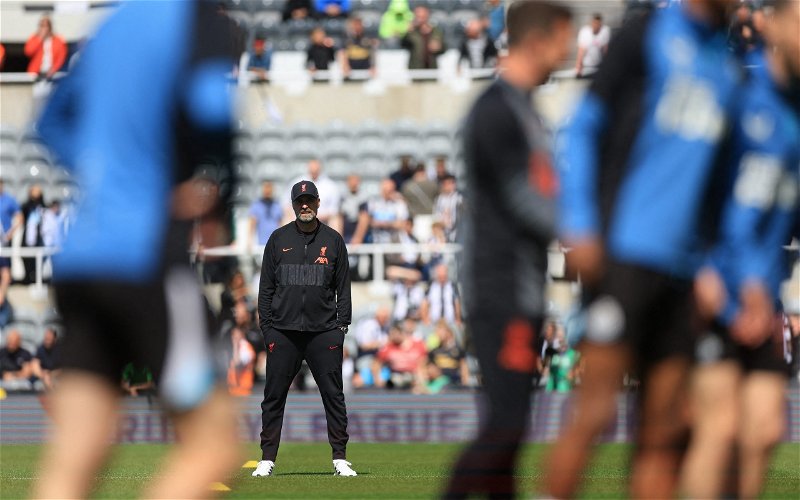 Liverpool manager Jurgen Klopp has claimed his side “never let it happen” for a raucous Newcastle United crowd on Saturday.

Naby Keita scored the only goal during a game in which Liverpool largely held Newcastle at an arm’s length. While there were certainly reasons for optimism from Eddie Howe’s perspective, even the most ardent supporter would surely admit it rarely looked as if Newcastle would genuinely threaten.

That, of course, is not a criticism. The fact Newcastle were able to remain in the game against one of Europe’s most devastating sides is a testament to the work Howe has done during his relatively short time in charge thus far. Clearly, the team have a newfound defensive solidity and the idea of building on that further, both with signings and with more time together, is hugely exciting.

Prior to kick-off, another improvement was obvious.

The atmosphere at St James’ Park – so often toxic during Mike Ashley’s ownership – was at fever pitch. Howe has helped turned the home patch into a fortress of late and the excitement about the future is helping Newcastle fans raise the roof at any given opportunity.

What did Klopp say about the Newcastle support?

Speaking in his pre-match press conference ahead of Liverpool’s Champions League semi-final second-leg against Villarreal, Klopp said (via BBC Sport): “The thing with all this, we must’ve done something right in the last few months.

“Problem is everything is perfect and then the next game we start on wrong foot and game is different. We know we’re in a good moment. But other way around…why should I think about the past?

“Let’s say Villarreal have the first shot on target, the crowd goes up, they win challenges…that’s how it is.

“Good example is Newcastle, crowd were very intense but we never let it happen [for them]. It was just a clear-cut performance.”