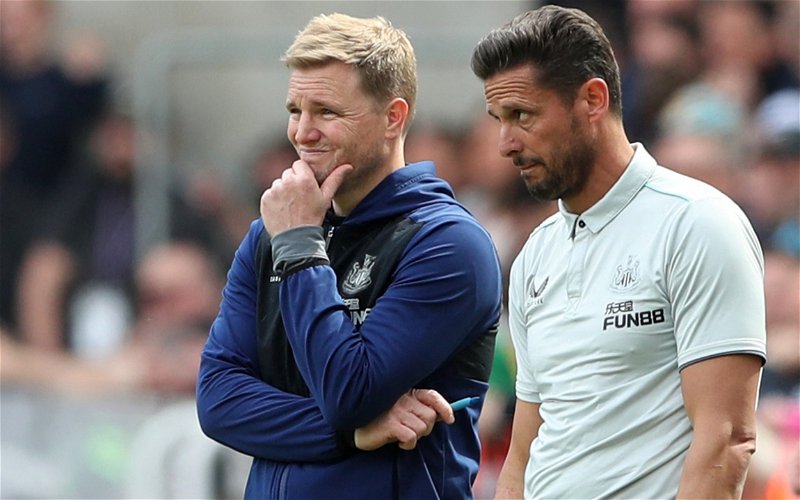 The bulk of Newcastle United’s transfer budget will be put towards signing a new striker, according to The Athletic.

With Premier League safety secured a while ago now, focus can turn to improving the team this summer. While there have been multiple reports suggesting Eddie Howe is unlikely to get the kind of budget he received in January, it is not difficult to imagine the club’s PIF backers investing in ambitious signings, focusing on quality rather than quantity.

To that end, a striker seems necessary. Indeed, Callum Wilson simply cannot be relied upon to stay fit over the course of the season and, although Chris Wood’s impact on the team might be greater than simply scoring goals, the fact he has only bagged twice in 15 Premier League games since his move cannot be ignored.

So then, it is promising to hear that the “majority of Newcastle’s budget will be prioritised towards bringing in a centre-forward who can compete with or play alongside Wilson”.

Are Newcastle’s lack of goals a concern?

While it’s certainly promising to have a team capable of scoring goals from a number of different areas (a trait Newcastle have to had develop this season), it’s difficult to see where genuine progress comes without having a reliable central striker in the team.

Only Brighton, famed for their missed chances under Graham Potter, and Wolves have scored fewer times in top ten this season. With Newcastle looking to push up the league, they along with perhaps Leicester and potentially West Ham are the kind of teams who will be considered rivals next season, at least in the immediate future. 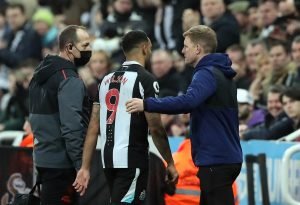 If Howe’s continue to lack firepower in comparison, it’s going to be difficult to keep up.

What strikers have Newcastle been linked with?

Benfica sensation Darwin Nunez has been touted as an eye-catching target, although there have been suggestions the Uruguayan international would prefer to move to a team playing European football.

Reims forward Hugo Ekitike, meanwhile, is believed to remain a top target for Newcastle despite rejecting a move in January.