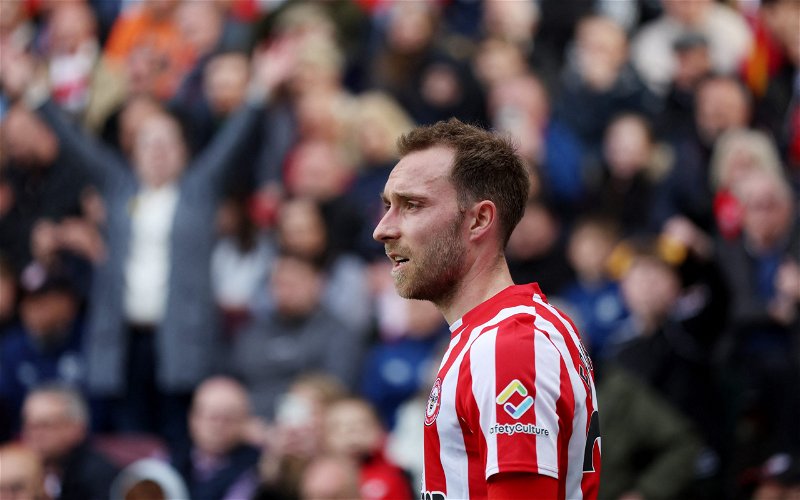 Newcastle United will attempt to sign Christian Eriksen this summer, according to The Northern Echo.

While that does not mean those in charge aren’t willing to invest, both The Daily Telegraph and The Athletic have suggested the budget will be lower than the money Eddie Howe splashed in January, although player sales could help inflate that.

To that end, Eriksen would represent an ideal signing.

Experienced in both the Premier League and European football, the midfielder has hit the ground running at Brentford after returning from the cardiac arrest he suffered when playing for Denmark against Finland at Euro 2020. Out of contract in the summer, the 30-year-old has proven he remains a player capable of performing at the highest of levels.

Indeed, the hope is that a pay-rise could tempt the former Tottenham man to come, though both Spurs and Manchester United are reportedly keen. Still, Newcastle are said to be prepared to rival any offer another interested party makes.

How well has Eriksen played since signing for Brentford? 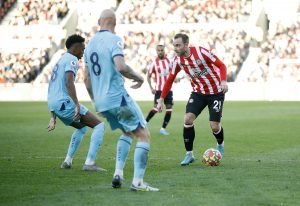 The manner in which the Danish international has returned to action has been nothing short of remarkable.

Scoring once and registering an assist in only four Premier League starts, Eriksen’s underlying numbers compare favourably to the rest of the Newcastle squad. According to WhoScored data, the former Inter Milan and Ajax star averages 1.4 shots, 1.4 key passes and 1.8 crosses per game.

Comparatively, only three Newcastle players (the linked away Allan Saint-Maximin, the injury-prone Callum Wilson and Chris Wood) can match him for shots over the same period. For key passes, it is only the rarely-used Matt Ritchie and January signing Kieran Trippier who can better Eriksen’s average, while just Trippier beats him for crosses.

FBREF data, meanwhile, notes Eriksen’s average passes into the final third per game far outweigh that of Saint-Maximin, Miguel Almrion and Ryan Fraser (6.36 to 1.42, 1.19 and 0.99 respectively).

Clearly, Eriksen generally operates in a deeper role than some of the names above, making the idea of him dropping between the lines and feeding Newcastle’s attacking players hugely exciting.

What has been said about Eriksen?

Speaking on Match of The Day after Brentford beat Chelsea, pundit Micah Richards described Eriksen as “effortless” and claimed he had “totally transformed” Brentford.