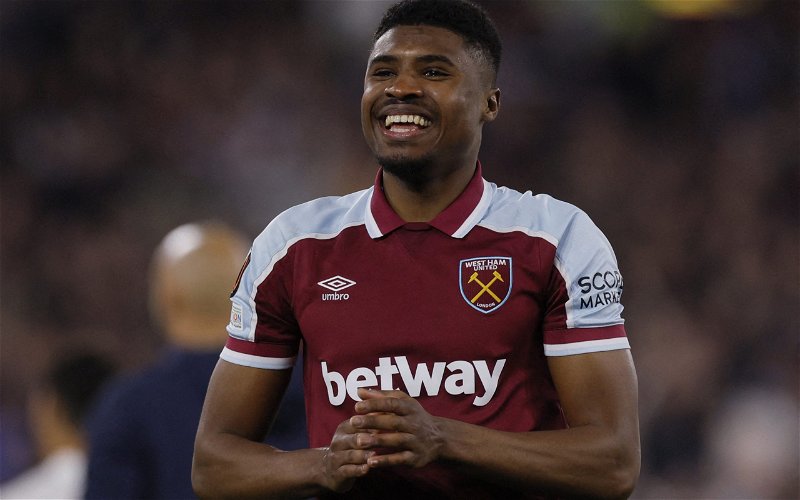 West Ham United defender Ben Johnson is keen to stay at the club despite reports linking him with a move to Newcastle United, sources have told Nothing But Newcastle.

The 22-year-old has reportedly been mooted on a long-list of targets as Newcastle’s recruitment staff look to plan ahead for a first summer window under the PIF ownership.

Whether or not Johnson, who recently made his England U21 debut after breaking into David Moyes’ first-team, would be a priority target remains to be seen. Indeed, the Watford Observer recently claimed decision-makers on Tyneside are considering a number of players as potential targets, though that does not necessarily mean they will attempt to sign all of them.

A source, however, has told NBN that Johnson is keen to remain at the club he joined at the age of seven.

Would Johnson be a good signing for Newcastle?

Able to operate on both sides of a back four, the full-back would be a tempting addition.

At 22 and experienced in the Premier League, Johnson would represent something of a long-term investment.

Still, both Kieran Trippier and Javier Manquillo are established in the right-back role, while Newcastle are thought to have a permanent option to buy Matt Targett from Aston Villa this summer after his successful time at St James’ Park.

The idea Johnson would wish to swap first-team football at West Ham for potentially a back-up role at Newcastle does seem somewhat outlandish.

What has been said about Ben Johnson?

Speaking to Football Insider last month, pundit Paul Robinson suggested attempting to sign the player would put any potential suitor back a lot of money.

“Johnson is a young, exciting full-back,” he said.

“I imagine it would cost a lot to get him out of West Ham though, especially now they’ve extended his contract by a couple of years.”