Newcastle injury news: Kieran Trippier could soon be back in action 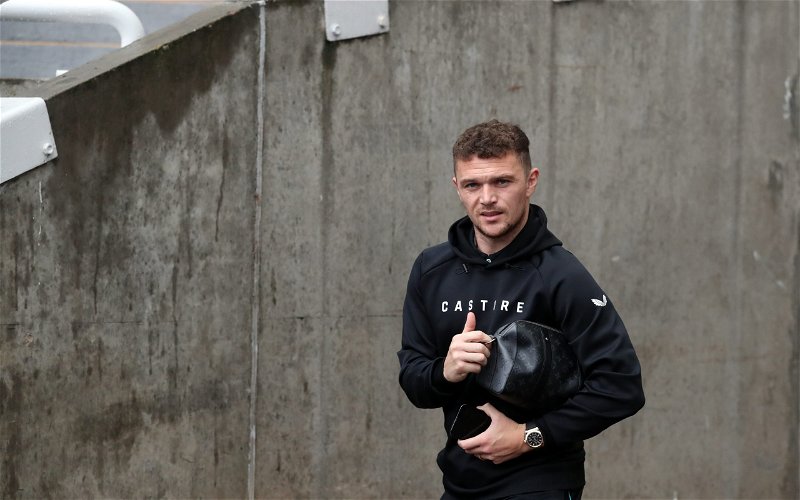 Kieran Trippier could be back playing for Newcastle United within a matter of weeks.

A transformative signing for the club in January, Trippier’s role in the recent turnaround in form cannot be understated.

While the England international hasn’t played since February, his impact both on and off the pitch has been hailed by head coach Eddie Howe and the notion of welcoming him back into the side for the final few games is exciting.

Having suffered a broken bone in his foot during the win over Aston Villa, the game in which he scored his second free-kick in two games, the 31-year-old is ramping up his recovering.

Heading for a scan on his foot, Howe shared an update on his progress when speaking in his pre-match press conference ahead of Sunday’s trip to Tottenham.

“Kieran has a scan on his foot today to see how that’s healed,” said Howe.

“Hopefully the scan goes well and then we can push him quite quickly to get him back – so we’re hoping for good news.”

How important has Trippier been to Newcastle?

While Trippier’s impact goes far deeper than merely what he’s done on the pitch, it’s impossible to ignore his impressive statistics.

Granted, his four appearances offer a relatively small sample size but the former Atletico Madrid man averages the most tackles (3.5, via WhoScored) and interceptions (2.5) per game in the Newcastle squad. Trippier is also one of only three players at the club who averages more than 1 key pass per game (1.5), along with Allan Saint-Maximin, Matt Ritchie and Matt Targett.

Already having chipped in with two goals, his set-piece delivery is another weapon in Howe’s attacking arsenal.

Upon suffering his injury, Howe moved to praise Trippier’s impact behind the scenes too.

“The energy and positivity around him is infectious and it’s definitely affected the people he’s been around, hence a really positive reaction from the squad,” he said (via talkSPORT),