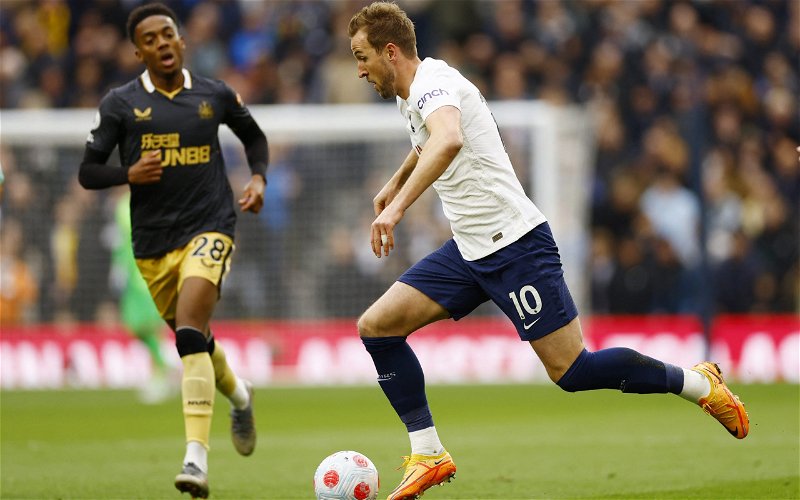 Joe Willock is a doubt for Newcastle United’s Premier League meeting with Wolverhampton Wanderers on Friday, according to The Daily Mail.

While much of the focus has been surrounding the respective return dates of both Kieran Trippier and Callum Wilson, Willock is believed to have played through a knee injury during Sunday’s loss to Tottenham.

As a result, the 22-year-old could sit out Wolves’ trip to St James’ Park, a game that kicks off the Premier League weekend. Having lost three on the bounce now, the Wolves affair is a big one for Eddie Howe, who needs to ensure his team do not lose the momentum they created for themselves to pull away from the relegation scrap.

With Willock likely to sit it out, Bruno Guimaraes could make his first start in front of a home crowd.

How has Willock been playing this season?

Alongside Fabian Schar, Ryan Fraser and Joelinton, Willock has often seemed like one of the biggest beneficiaries of Howe’s appointment.

The former Arsenal midfielder, who has praised the Newcastle head coach, has played in all but three of Howe’s 19 games, impressing along the way.

Indeed, no central midfielder in the squad has averaged as many interceptions per game as Willock (2.4 per game, via WhoScored) and only Jonjo Shelvey averages more shots over the same period (1.4 to 1.3). An all-action presence, only Allan Saint-Maximin averages more dribbles (4.3 to 1.4), highlighting his importance to the team.

Making a difference going both ways, Willock has also proven himself to be a palpable goal threat, albeit less so this season.

What has Howe said about Willock?

“It wasn’t a brilliant performance from us but it was a wholehearted, effort, commitment and a lot of hard work,” he said (via The Chronicle).

“It was epitomised by Joe Willock’s performance really, I thought he was immense physically.

“That was highlighted by the tackle in the last few seconds of the game. He’s come all the way back (into the box). I think that’s the hallmark of this team during this run, the effort and commitment from the players has been second to none.”