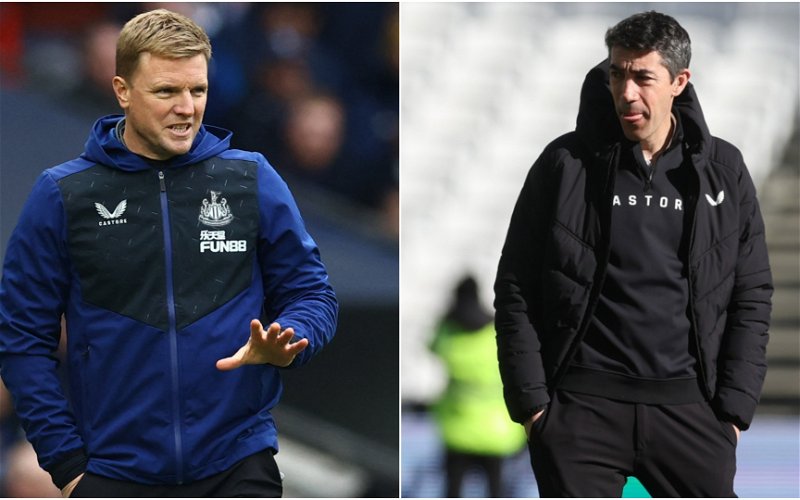 Newcastle United host Wolverhampton Wanderers on Friday night for their first home game since beating Brighton over a month ago.

Although it would take quite the collapse to see the team relegated from here, the manner of Sunday’s loss to Tottenham was certainly concerning.

A second-half defensive collapse showed worrying signs of a distinct lack of underbelly coming back into the side after Eddie Howe had appeared to introduce newfound stability.

Having lost three games on the spin, Newcastle need to ensure their position doesn’t get any more concerning. While there is still a seven-point gap between them and the relegation zone, Howe’s team cannot rest on their laurels.

Wolves, meanwhile, have won three of their last five and could still make a push for European qualification.

The Premier League game is scheduled for an 8pm BST kick-off time on Friday April 8, 2022.

Where to watch Newcastle vs Wolves

Live stream: Sky Sports subscribers will be able to watch the game through the Sky Go app.

Joe Willock is a doubt for the game after playing through the pain barrier with a knee problem against Tottenham. Howe has also confirmed there have been a number of players suffering with illness of late, although did not reveal any names. 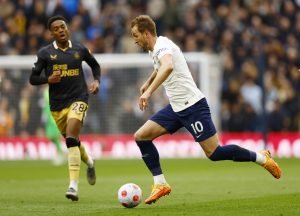 For Wolves, Raul Jimenez is suspended and Ruben Neves remains injured with a hamstring problem.

Newcastle have to stop the rot and, while dangerous, Wolves aren’t renowned for scoring lots of goals.

For that reason, a draw seems likely.