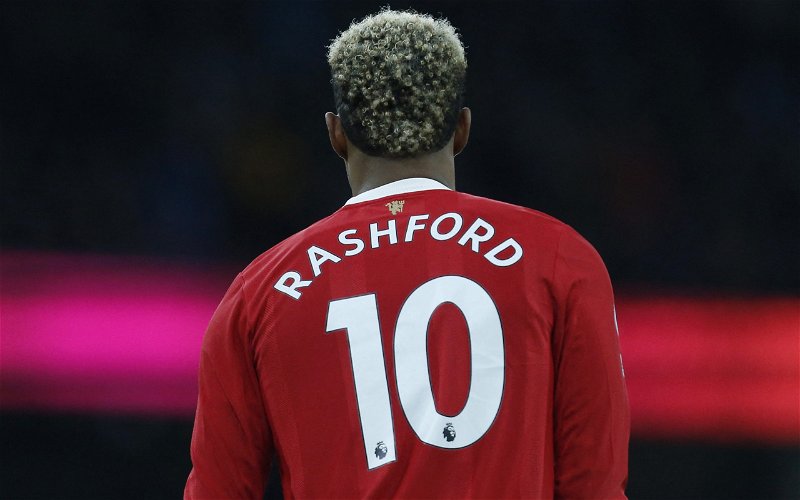 Newcastle United are among the teams keeping a close eye on Marcus Rashford’s situation at Manchester United, according to 90 Min.

The England international is believed to be considering his future at Old Trafford after a difficult season.

Like many of the other England players who helped the country make it to the Euro 2020 final, the 24-year-old has struggled.

18 Premier League games have yielded only four goals thus far and only nine of those have been starts. Currently, he’s on a run of five games without a goal and Rashford is only under contract until the summer of 2023.

Who else is keen on Rashford?

The report suggests both Arsenal and West Ham United are monitoring Rashford’s situation in Manchester along with Atletico Madrid.

A lack of game time and the absence of a coherent plan behind the scenes at his current club are believed to be major worries for the forward and at, 24, perhaps he’s looking for another big project as he approaches his prime.

With Callum Wilson injured and Chris Wood – despite some decent performances – failing to hit the ground running, signing another player capable of scoring goals does look like something Newcastle need to consider should they manage to stay up this season.

Granted, Rashford has had a disappointing campaign but, at his best, he can be a thrilling incisive wide forward. 197 appearances in the Premier League have yielded 59 goals, meaning he’s roughly scored 1 in just over 3 games in largely fairly dysfunctional United side.

A regular at international level and a leading example off the pitch, it’d be fascinating to see how he’d fair outside of the club he’s been at for the entirety of his career.

Wages, however, might be an issue. While Newcastle are backed by the resources of PIF, Eddie Howe wasn’t thought to want to rip up the club’s payment structure during the January transfer window and, according to SpotRac, Rashford is paid in the region of £200k-per-week.

It’s not hard to imagine Newcastle paying those kind of sums at some point, though perhaps it’s wiser to make that a more gradual process, rather than rushing into such contracts and risking team harmony.

What has been said about Marcus Rashford?

Premier League fans will be more than aware of Rashford’s ability but it’s worth taking a deeper look into exactly what has been said about the player.

Speaking on BT Sport in October 2020, Paul Scholes compared the forward’s finishing ability to that of a certain Ruud van Nistelrooy.

“You come to expect this from him. I liked his ruthlessness tonight, you felt every time he went through he was not giving the keeper a chance,” he said (via The Independent).

“His finishing has been questioned in the past, but tonight you’re looking at 25 goals from him if he keeps that attitude.

“That was like [Ruud] van Nistelrooy, you see him going through and you know he’s going to smash the ball into the corner.”