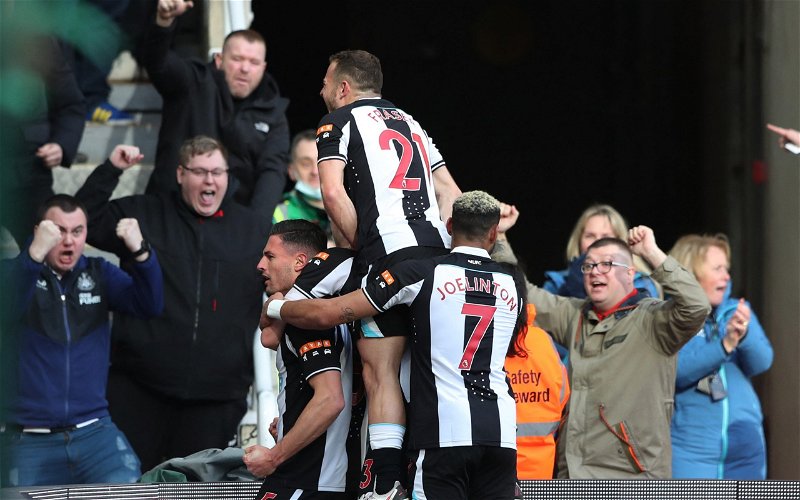 Largely cast aside by Steve Bruce at the start of the season, Schar has been one of many Newcastle players to have improved under Eddie Howe’s stewardship.

Alongside Dan Burn, the two have formed a tight defensive unit, conceding only twice in the four games they’ve played together with the Swiss international particularly standing out. Indeed, it was his assist for Joe Willock at Brentford that wrapped up the points for Newcastle, while his goal against Brighton proved to be the winner.

From a defensive point of view, the 30-year-old has been a rock at times. Against Brighton, no Newcastle defender made as many tackles (2, via WhoScored) while he also ranked within the top three for interceptions (3) and clearances (6). At Brentford, meanwhile, his seven clearances led the way.

Will Schar be rewarded?

It certainly seems so.

Earlier this month, The Athletic revealed Howe was pushing the club to offer Schar a new contract, given his current deal expires at the end of the season.

While it’s not hard to imagine the club looking to strengthen the defence in the summer (providing the team stay in the Premier League), Schar’s performances would suggest he still has a role to play. On the evidence of the last few games, he is absolutely vital to the team and letting him go would seem foolish even if new recruits were to arrive.

What has been said about Schar?

Speaking to Football Insider, Whelan was effusive in his praise.

“There are so many Newcastle players who are unrecognisable under Eddie Howe and none more so than Fabian Schar,” he said.

“I’m stunned by the transformation. Earlier in the season, he was on the bench and couldn’t get in the team – now look at him. He’s playing brilliantly every week.

“I look at him and think, you’re making my team of the season if you play like that. His partnership with Dan Burn, who’s been a superb signing, has been critical to the turnaround.”