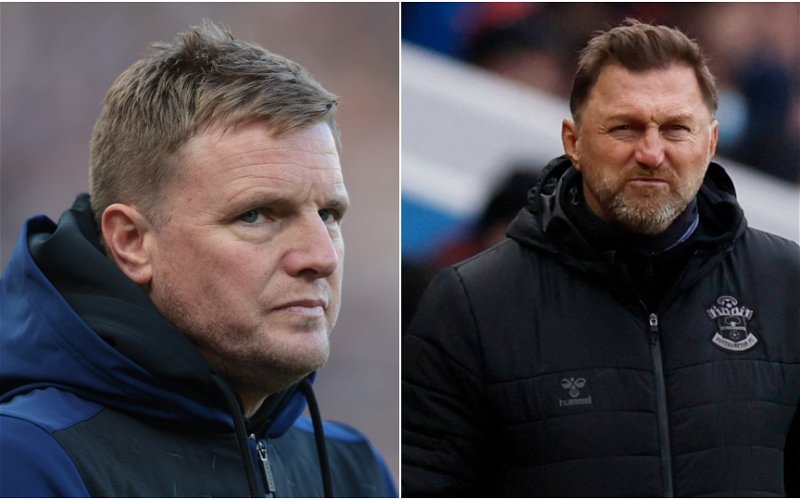 A season-defining week starts at Southampton on Thursday night for Newcastle United.

While the recent eight-game unbeaten streak has put daylight between Eddie Howe’s team and the scrappy waters of the relegation battle below, three difficult games in quick-succession could have the table looking very differently by the time the full-time whistle goes at Goodison Park next week.

Southampton, one of the Premier League’s form teams at home this season, await on Thursday before a daunting trip to Chelsea and a huge game away at Everton. Lose all three, albeit little about Newcastle of late suggests they will, and the likes of Burnley and Leeds United could still feasibly catch up.

Ralph Hasenhuttl’s rather pointed suggestion that teams shouldn’t be allowed to field signings made after a game had been called off adds another level of spice for the trip to St Mary’s, having seen the original fixture postponed somewhat controversially in December.

Here’s all you need to know.

Where to watch Southampton vs Newcastle

TV channel: The game will not be broadcast on TV in the UK.

Chris Waugh of The Athletic recently hinted there could be starts for Bruno Guimaraes and Allan Saint-Maximin after they both came on during Saturday’s win over Brighton.

Aside from Callum Wilson, Isaac Hayden and Kieran Trippier, Newcastle have little in the way of fresh injury concerns at this stage.

For Southampton, the influential Mohammed Salisu is reportedly a doubt following his hamstring injury and could join fellow defender Lyanco on the treatment table. Kyle Walker-Peters, meanwhile, may return to the starting lineup having missed the loss away at Aston Villa.

Southampton may be coming off the back of a bad result but have been so strong at home this season, having only lost once there all season.

For that reason, a draw must surely be considered a good result.