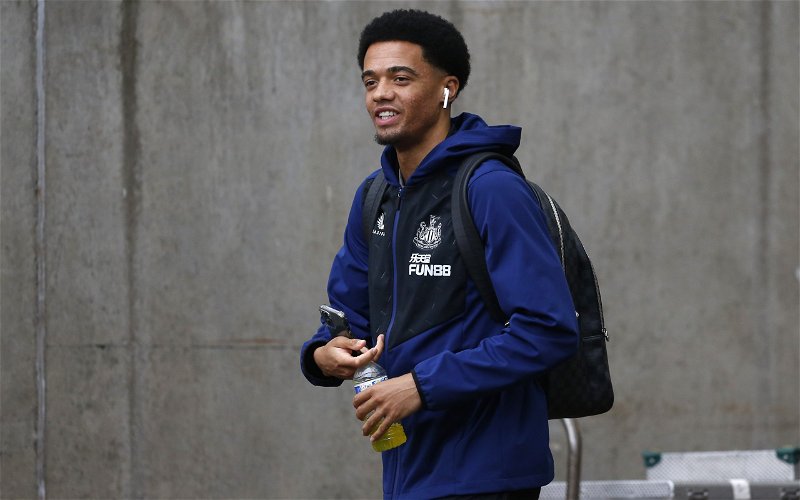 Jamal Lewis could still leave Newcastle United, according to The Daily Express.

Following Matt Targett’s loan move from Aston Villa on deadline day, Lewis – a £15m signing from Norwich City in 2020 – is thought to have been offered to Championship outfit, Birmingham City.

Still, despite being informed he will not be part of the 25-man Premier League squad for the rest of the season by Eddie Howe, the 24-year-old rejected the move.

There could still be a landing spot for him, however.

The report suggests those behind the scenes at St James’ Park are encouraging Lewis to head out on loan in order to look for first-team football with Turkish club Trabzonspor interested. Indeed, they are understood to have a relatively long-standing interest in the Northern Ireland international.

Is leaving Lewis out of the squad a mistake?

Obviously, things have not worked out for Lewis since his arrival.

Exactly how much of that is directly his fault is up for debate given the Steve Bruce era saw a number of players regress but his failure to consistently overtake Matt Ritchie in the starting lineup speaks to a player who has failed to settle.

Ritchie is another to have seen his level drop over the last few years and perhaps, taking a long-term view, Lewis might be a better option as a back-up to Targett. Still, Howe has worked with Ritchie before and may feel having the likes of Javier Manquillo, Paul Dummett and even Kieran Trippier able to play there is enough.

There could still be a player in Lewis of course and Ritchie has barely covered himself in glory but, either way, Newcastle look well-stocked in the left-back department without either being a first-choice.

What has Lewis said about working with Howe?

Speaking to NUFC TV in December, Lewis spoke in favourable terms of working under Howe.

“It’s come under a different manager who probably suits my style with what I can bring to the team,” he said (via The Chronicle).

“It probably marries up quite well.

“I feel like I can give a lot more, but I feel like I’ve given myself a good base to help the team, showing the fans what I can do.

“There is a lot more to give, but I think I’ve given myself a good platform to work off. Hopefully I can do it for the rest of the season.”