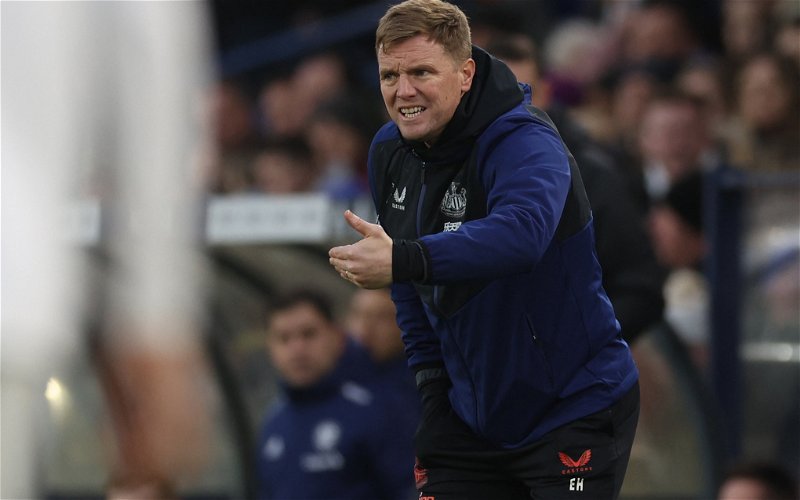 Eddie Howe was eager not to smash the wage budget at Newcastle United during the first transfer window of the PIF era, according to The Daily Mail.

While it’s difficult to imagine either Kieran Trippier or Bruno Guimaraes joining Newcastle United prior to the Saudi Arabian takeover last October, perhaps things haven’t been as simple as merely throwing money at players. Clearly, that’s to not suggest that money wasn’t a major factor, but the club did have to balance things correctly.

Signing big names and instantly offering them considerably more money than the players currently at the club could cause obvious problems to team morale. In order to get to the kind of level Newcastle want to be at, the wage structure of the Mike Ashley era will naturally have to be broken but to do that in one window during a relegation battle seems unwise.

Luckily then, Howe is thought to have tried to avoid that. Guimaraes might be a marquee addition but his wages aren’t believed to soar in comparison to his teammates.

What is Newcastle’s current wage structure?

Trippier, meanwhile, is said to the club’s highest earner but even his wages are reportedly under £100k-per-week.

According to SpotRac data (collated prior to the January window and presumably Allan Saint-Maximin’s new deal in October), Joelinton is next on the list at roughly £86k-per-week, closely followed by Jonjo Shelvey.

When Saint-Maximin signed a contract extension a few months ago, The Daily Mail claimed he had moved alongside the club’s highest earners.

What about the future of Newcastle’s wage structure?

“Wages on offer are going to be as high as anywhere else in Europe and the plan to compete domestically before attacking the Champions League is real,” they claimed.
Give us feedback