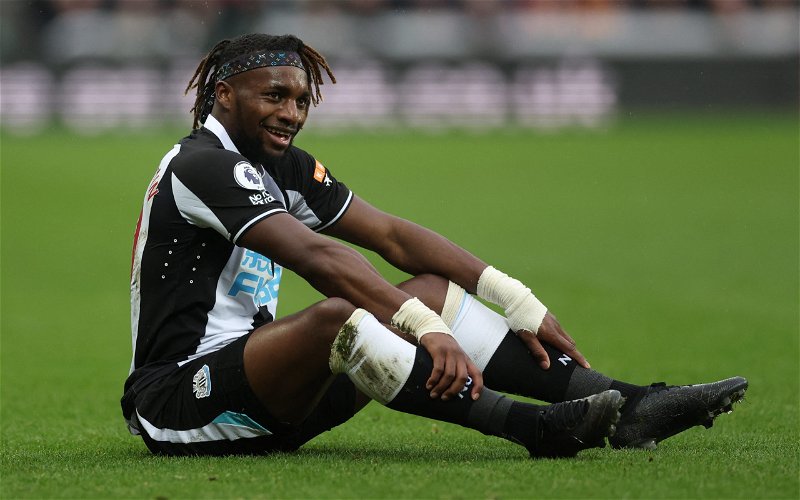 There will be a late call made on Allan Saint-Maximin’s fitness ahead of Saturday’s crunch trip to Brentford, according to The Chronicle.

Having missed the draw away at West Ham United last weekend, there is at least a hope the winger will be in contention for a potentially season-defining Brentford clash.

The 24-year-old suffered a kick to his calf during the win over Aston Villa, a game in which Eddie Howe lost both Kieran Trippier and Javier Manquillo too, and Saint-Maximin has been posting numerous videos of him training at home alone.

While the problem isn’t thought to be serious, the club will not risk Saint-Maximin if they do believe he’s fully fit, such is his importance to the side.

Why is the Brentford clash so big?

With Burnley winning two games in a row, Newcastle are by no means out of the woods yet. Impressive as this run might be, a loss would give Sean Dyche’s side the momentum given they also have a game in hand.

Should Newcastle emerge victorious, however, things will really start to look up. Three points would see them leapfrog Thomas Frank’s team and thereby drag them further into the scrap, along with Leeds United.

What do Newcastle miss without Saint-Maximin?

Of course, fans will need little reminding about just how important the former Nice winger is to the team. Purely by an eye test, it’s obvious that it is he who drags the team forward, creating chances and giving the defence a rest.

In a more statistical view, FBREF data notes that the Frenchman leads the way in some key attacking metrics. No Newcastle player to have started more than two games can get close to his number of shot-creating actions per game (3.93) or his number of shots on target over the same period (0.91).

Without him, Newcastle are just not the same.