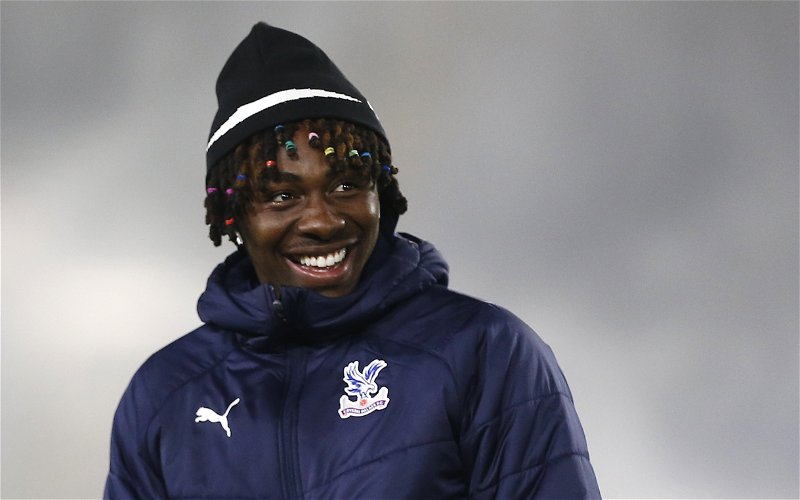 Newcastle United have not considered a move for Crystal Palace’s Eberechi Eze, sources have told Nothing But Newcastle.

Eze, who has only recently returned from a long-term injury, had been linked with a £45m move to St James’ Park as decision-makers on Tyneside plot a fresh recruitment drive in the summer, should the team stay in the Premier League of course. That kind of fee would break the club’s transfer record, the biggest outlay of the PIF era to date.

One of the most exciting prospects in English football prior to his injury and on the cusp of the England squad for Euro 2020, the former Queens Park Rangers man proved hugely impressive following his move to Palace, scoring four goals and registering six assists in league competition.

Still, sources have told NBN that suggestions Newcastle could be keen to sign the 23-year-old has come as news to his representatives. For his part, the player himself is believed to be happy working under Patrick Vieira at Selhurst Park as he bids to return to the kind of form he showed before his injury.

How long does Eze have left on his Palace contract?

Even were it to come to potentially speaking to Palace over a move, the Eagles are certainly in a good position.

Indeed, Eze still has three-and-half-years left on the deal he signed in 2020, meaning the club are under little pressure to sell. While his lengthy injury has stalled his progress somewhat, Palace invested heavily in the player and surely want to see him return to his best in the coming months and years.

What has Patrick Vieira said about Eze?

Speaking during a press conference last week, Palace boss Vieira urged patience when it came to dealing with Eze.

“We always said we needed to be patient with him,” he said (via BBC Sport).

“We keep working with him really hard and really well and keep being really demanding of him as well – but we will be patient with him.

“His confidence is getting back and that’s really good for us as a football club and a team.”