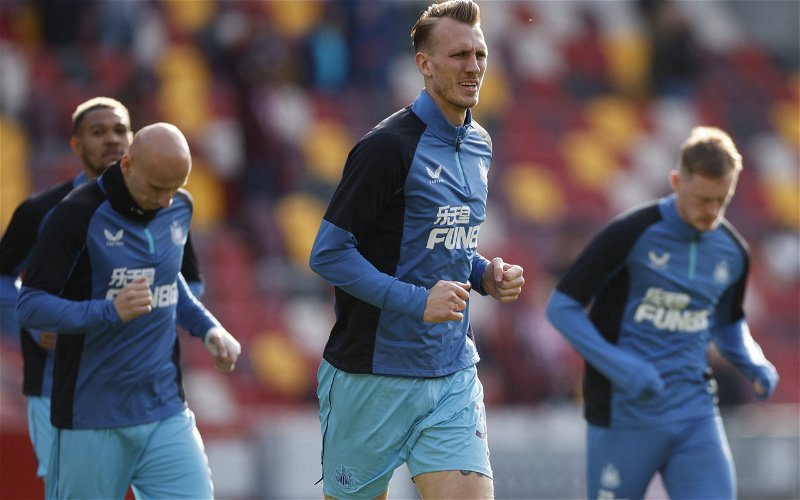 Dan Burn’s presence in the Newcastle United defence is crucial to their chances of staying in the Premier League, according to pundit Frank McAvennie.

While Newcastle chased a dual deal for both Diego Carlos and Sven Botman over the course of the January window, Burn has looked like one of the most astute signings the club could have made. Granted, the 29-year-old is perhaps not as glittering a name as the other two, but that simply isn’t what the team needed at the time.

Deep in a relegation battle, that Premier League experience has helped no end, evident in his colossal debut against Aston Villa. That’s not say foreign imports who might arrive over the course of the summer won’t improve the team, but Burn has undoubtedly made an instant impact.

How important has Burn been?

Since his debut, Burn has featured in every minute the team have played.

Alongside Fabian Schar, the former Fulham defender has quickly built a bedrock, with Newcastle only having conceded once in the four games they’ve played together thus far.

According to WhoScored data, only two players (Chris Wood and Jamaal Lascelles) have won more aerial duels per game than Burn (3.7) while he also ranks within the club’s top five players for passing accuracy (81.4%). Furthermore, no one has averaged more clearances per 90 minutes of action (5.3).

What has been said about Burn?

“He’s come in and made that defence so much better already. That was the thing everyone knew they needed in January, a new centre-back.

“They were never going to stay up with the defence that started the season.

“Newcastle have lost Trippier as well and they don’t look any worse, that’s because Burn is there.

“He’s a Geordie as well isn’t he, that always helps. I do worry if he gets injured though.

“Then they are back to that really bad centre-back pair who started the season and they won’t keep clean sheets.

“Centre-backs don’t tend to get injured often so hopefully Newcastle will be ok.”