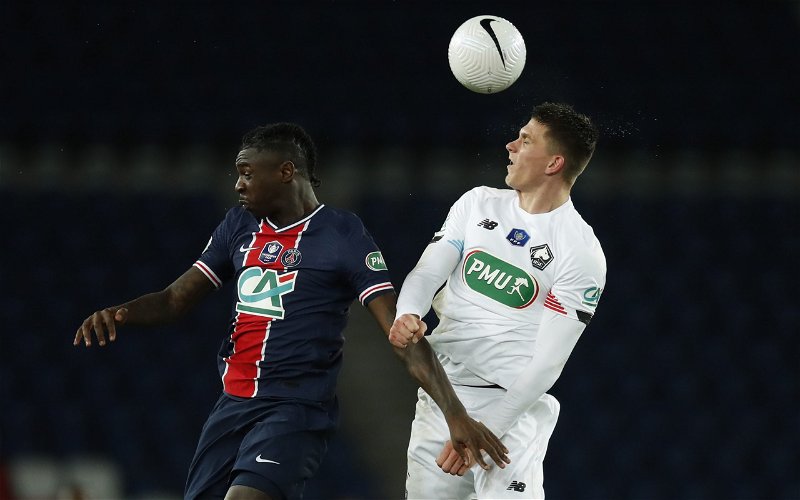 Newcastle United remain in contact with French champions Lille over a potential move for Sven Botman this month, according to The Daily Mail.

The Dutch defender has been strongly linked with a move to St James’ Park this month and is said to be the club’s number one transfer target.

Bids are believed to have been snubbed by the Ligue 1 side, however. The Athletic have previously suggested there is “no indication” that Lille would be willing to sell the player even if the price was raised, although Sky Sports have hinted they would be willing to do a deal at £36m.

Still, The Mail suggest Newcastle are keeping contact with Lille even despite their insistence they will not sell.

The 21-year-old ranks among Europe’s leading 78% of central defenders playing across the big five leagues for both passes attempted and progressive passes per game (via FBREF) and is naturally left-footed, so could perhaps finally offer a solution to a long-running issue in the Newcastle backline.

At his age, he also represents a long-term investment and the player himself is said to want to join, which may not always be the case when the club target relatively big-name players while in the midst of a relegation scrap.

Described as “excellent in the air” by The Athletic, those behind the scenes on Tyneside would appear to view him as the answer to their defensive issues.

Should they continue in the pursuit?

It is certainly risky.

Conflicting reports aside, Newcastle have tried and failed to land Botman and look to have received little indication a deal can be done. While the signings of Kieran Trippier and Chris Wood are certainly promising, central defenders are needed as soon as humanly possible, so too much time can’t be spent chasing a potentially lost cause.